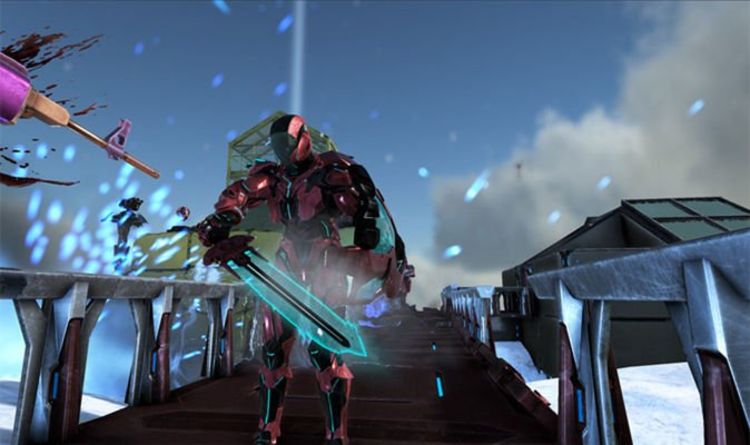 Today’s ARK Survival Evolved update has been launched on PS4, bringing it back in line with the Xbox One version of the game. News of the PS4 launch was confirmed earlier today by the ARK community team, telling fans: “Taking social distancing to a whole new level.” “I’ve been under the weather lately (unrelated to covid-19). Have been told me that “big patch” for PS4 is going live today.”

This new patch was already made available on Xbox One and PC, with ARK going out of sync following the launch of the ARK Genesis expansion.

The PS4 version of the game appears to be the version furthest behind, with PC ARK players getting access to updates first,

However, PS4 ARK players are now confirming that the latest PS4 patch is now available to download.

This includes a number of changes to the base game, with some players reporting issues with progress wipes.

One ARK gamer writes online: “I was level 105 before the patch, but I’ve signed into a mindwiped level 1 character with only 100 level ups. What gives?

Another adds: “Mine was mind wiped too. I believe I had all pre-existing levels however. Hope someone else can be more helpful.”

Developers Studio Wildcard confirmed in the official patch notes that a server wipe was being performed.

This included items like TEK Suits, MEKs and and Cluster Grenades on PvP servers.

A Mindwipe has also been performed on official ARK Survival Evolved servers, so this change shouldn’t be classed as a bug.

A partial wipe has also been used on ARK Genesis servers, which should affect tamed Reapers on the PS4 platform.

You can find all the change in the official ARK Survival Evolved patch notes listed below and shared courtesy of Studio Wildcard:

- Advertisement -
Facebook
Twitter
Pinterest
WhatsApp
Linkedin
ReddIt
Email
Tumblr
VK
Previous articlePrepayment metre: How to top up your prepayment metre if you can't go outside
Next articleCaroline Quentin: Bake Off star speaks out on ‘dreadful time’ after Paul Merton split