Army sent in to care homes to assist in coronavirus... 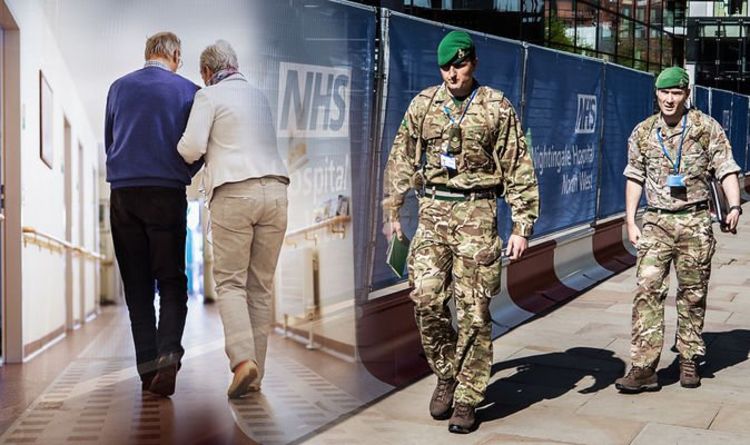 General Sir Nick Carter, Chief of Defence Staff, said the Armed Forces are finding new ways to test people in remote areas of the UK. He said plans for “pop-up” testing centres, similar to mobile libraries which travel across the country, are being drawn up.

Around 3,000 forces personnel have already been deployed in the fight against coronavirus, including 200 working in ambulance services, while others are delivering protective equipment, oxygen and ventilators to hospitals.

Military planners are also helping other public agencies to plan emergency responses to outbreaks across the country.

They have also supported and helped construct the NHS Nightingale Hospitals in London, Birmingham, Manchester, Harrogate, Bristol, Cardiff and Glasgow.

Additional temporary hospitals are set to be built in Sunderland, Plymouth and Exeter.

Up to 17 sites have identified, and General Carter yesterday revealed an extra 10,000 beds could be generated if pressure continues to grow on hospitals.

General Sir Nick Carter, 61, said: “We are also increasingly involved in the government’s testing programme, partly in terms of the planning and all that goes with that, but also in terms of thinking of ways in which the testing can be rolled out to isolated communities, and indeed, perhaps in the future to care homes.

“The idea of sort of pop ups, like mobile libraries that are able to get out and touch the community more closely, are the sorts of things that are in development at the moment and the military is involved in trying to construct that and to create prototypes that perhaps could then be let out to industry in short order.”