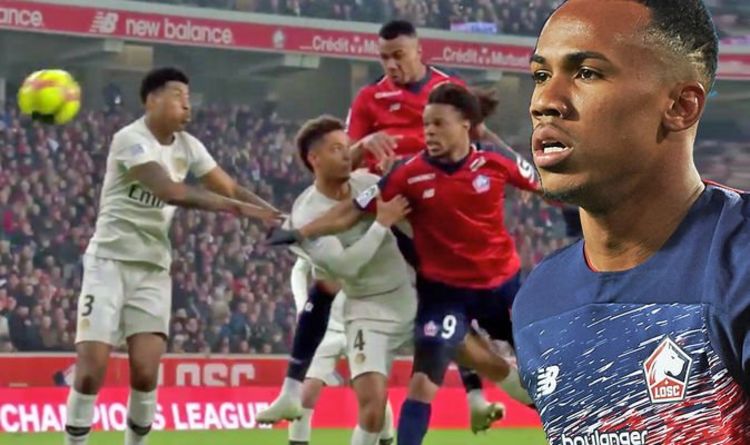 Arsenal have completed the signing of Gabriel Magalhaes from Lille in a deal worth up to £27million. The central defender becomes Mikel Arteta’s second major arrival of the summer transfer window.

Arsenal have seen off competition from Everton, Manchester United and Napoli for Magalhaes, who completed a medical last week ahead of signing a long-term contract at the Emirates Stadium.

The 22-year-old joins fellow Brazilian Willian in joining the Gunners this summer. The former Chelsea winger arrived on a free earlier in mid-August after his deal at Stamford Bridge expired.

Arteta hailed his new signing, with the Arsenal boss insisting the defender will shine at the Emirates.

“He has many qualities which will make us stronger as a defensive unit and as a team.

“He has proved with Lille that he is a defender with many outstanding attributes and we are looking forward to watching him grow as an Arsenal player.”

Technical director Edu added: “We are delighted to have signed Gabriel.

“He is a player we have been studying for a while and he was in demand from many clubs, so we are proud to have agreed and completed this transfer with Lille and the player.

“Gabriel is a player of high quality and Mikel and his coaches are looking forward to integrating him into the club.”

Arsenal have long been hampered by defensive frailties but appear to be a more solid proposition under Arteta, who took charge last December.

Magalhaes’ arrival coupled with William Saliba’s return from a season-long loan spell at St-Etienne means a long-term pairing is there to be formed in a 4-2-3-1 formation.

Arsenal have also used a three-at-the-back tactic under Arteta, and Gunners legend Martin Keown believes Magalhaes is the perfect recruit for both systems.

“Well I sincerely hope so,” Keown said on BT Sport.

“I saw him play against Chelsea for Lille last season, I went out to watch him. Magnificent player, I think he’s the future.