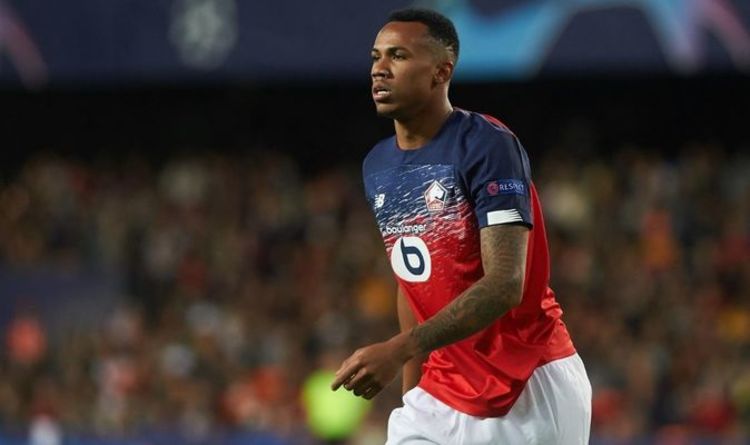 Arsenal’s hopes of signing Lille star Gabriel have taken a twist after Napoli made a late move for the defender.

The 22-year-old enjoyed an impressive season for the French side and attracted interest from clubs across Europe.

Arsenal had seemingly moved ahead of their rival suitors by making a £22million offer.

Gabriel has been weighing up the proposal from Arsenal and a decision was imminent.

However, Napoli have made a move for Gabriel by offering him a “big salary deal”.

Despite Napoli’s move for Gabriel, Arsenal remain the favourites as he is drawn to the Premier League ahead of Serie A.

Everton are also interested in Gabriel but aren’t in contention.

Speaking in an interview with Sky Sports, Lille’s president Gerard Lopez said that with three equal proposals, they will leave the final decision to Gabriel.

“It is going to be entirely his decision. We tend to try and steer our players in certain directions, but at the end of the day it’s the player’s decision.

“He is a super guy and a great football player and he wants to play. There has been a lot of interest but we have clearly decided to close the door to further clubs at this stage and let him choose.”

Meanwhile, Arsenal legend Martin Keown has warned fans not to put too much pressure on the shoulders of William Saliba.

Saliba has linked up with his Arsenal team-mates after spending last season on loan at Saint-Etienne.

At 19 years of age, it remains to be seen whether manager Mikel Arteta will thrust him straight into the team but Keown says the teenager must be given time to develop.

“It is one of those where I would have been happier if Arsenal had paid more money and brought him in straight at the start of last season,” Keown said.

“There have long-been questions over the Arsenal defence and Saliba was expensive, but he is also young and has not played that many professional games.

“It can’t be expected that he will walk straight into Arsenal, right into the team and be on it from the off.”