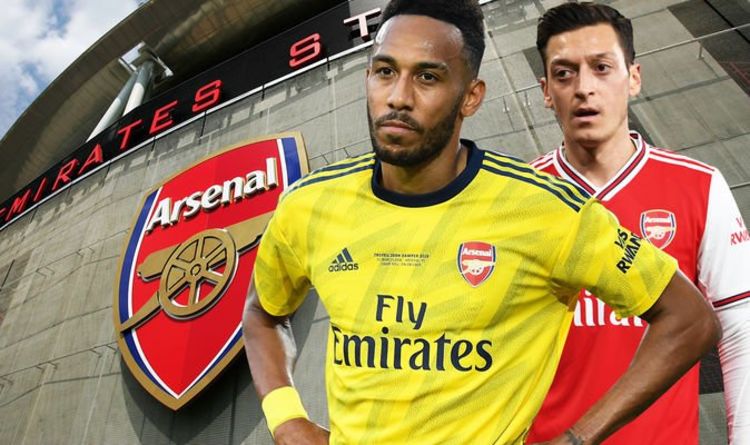 Arsenal had hoped that offering their players a proposal that would see their wages rebated in full if they qualified for the Champions League or the cut fall to 7.5 per cent if they secured a spot in the Europa League would see an agreement reached.

A 12.5 per cent cut would amount to around £25million, with the club’s wage bill standing at around £230m annually.

That includes Mesut Ozil’s £350,000-a-week wages, while Pierre-Emerick Aubameyang and Alexandre Lacazette are in the bracket below the top-earning German playmaker at near £200,000 a week.

The Professional Footballers’ Association have advised players only to accept pay cuts if it is in the form of a deferral.

Southampton announced last week that their players, manager Ralph Hasenhuttl and his coaching staff plus the board had agreed to a three-month deferral of 10 per cent “to help protect the future of the club, the staff that work within it and the community we serve”.

Similarly, West Ham’s squad could agree to a five-month 30 per cent deferral while other clubs are holding talks with their players about a similar course of action.

And the Arsenal’s squad’s rejection of a cut is despite head of football Raul Sanllehi having warned them that the club would struggle to offer improved contracts once their current deals near their expiration dates.

That’s per football.london, who say Sanllehi has also said Arsenal players could face a further cut if the Premier League is voided.