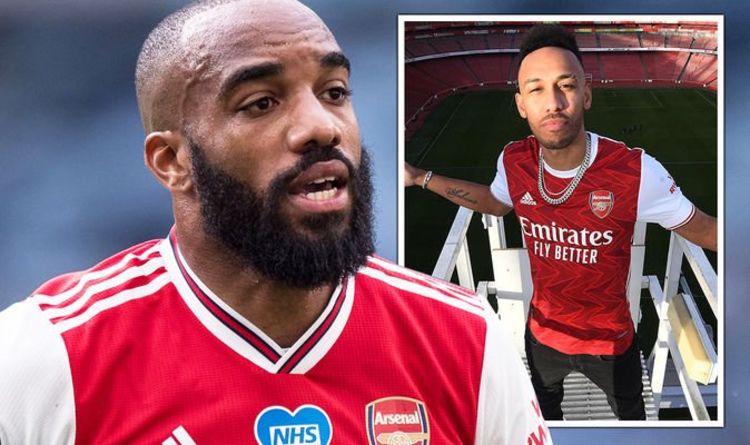 Plucked from his homeland a year ago thanks partly to the soon-to-be-sacked head of recruitment Francis Cagigao, Martinelli produced 10 goals and four assists in 26 games in his first year in Europe.

And having split his time across left wing and centre forward, Martinelli is likely to get more minutes centrally thanks to Bukayo Saka’s form down the left – with Aubameyang the first-choice forward on that flank.

Martinelli and Nketiah can also both play on the right flank but Nicolas Pepe and incoming signing Willian, who will sign a three-year deal to swap Chelsea for Arsenal, will be the main options on the right.

That means Lacazette’s chances of regular minutes of playing as the lone striker, the only position he has played for Arsenal, in a 4-3-3 formation will be further harmed.

The Daily Star Sunday say that Willian’s imminent arrival and a new deal for Aubameyang are hurrying Lacazette’s exit.

While Lacazette has managed 48 goals and 25 assists in 127 appearances across all competitions for Arsenal, Aubameyang has mustered up 70 goals and 15 assists in 109 games and it is no surprise the Londoners are seemingly preferring to keep the African.

If Lacazette does leave, questions will certainly be asked of Arsenal boss Arteta, who made it clear he wanted to keep the France international just last month.