As Turkey pounds Syria, Trump downplays ties to Kurds: ‘They...

WASHINGTON – As Turkey launched punishing airstrikes on Kurdish-held territory in northern Syria, President Donald Trump defended his decision to clear the way for the attack and played down the alliance with the Kurds, saying they did not fight alongside the United States in World War II.

“They didn’t help us in the Second World War, they didn’t help us with Normandy as an example,” the president said, responding to questions about a bipartisan backlash over his decision Sunday to withdraw U.S. forces who have fought alongside the Kurds against ISIS. “That’s a different thing.”

Following a phone call with Turkish President Recep Tayyip Erdogan on Sunday, Trump announced he was moving U.S. special forces from northern Syria where their presence had long served to deter attacks.

Both Republican and Democratic lawmakers expressed outrage over the decision, saying it was a betrayal of staunch American allies.

While lawmakers said the U.S. owed the Kurds a huge debt for their help containing ISIS, Trump said they were fighting for their land in an age-old conflict. He added that the U.S. had “spent tremendous amounts of money helping the Kurds” with ammunition, money and aid.

“With all of that being said,” the president added. “We like the Kurds.”

Explain: What we know about Trump’s withdrawal from northern Syria

More: Who are the Kurds? A Middle Eastern people with ‘no friends but the mountains’

Asked about the possibility that ISIS detainees held by the Kurds could escape and return to the battlefield because of the attack, Trump acknowledged that they could.

“They’re going to be escaping to Europe. That’s where they want to go,” Trump said.

Trump said that he told Turkey – also an ally – that the invasion of northern Syria was a “bad idea.” For several days White House officials have argued Trump never approved the attack, even though the withdrawal of U.S. forces all but guaranteed that invasion would be carried out.

“Pray for our Kurdish allies who have been shamelessly abandoned by the Trump Administration,” said U.S. Sen. Lindsey Graham, R-S.C., normally an outspoken ally of the president.

Graham added: “This move ensures the reemergence of ISIS.”

Trump appeared to support Erdogan’s desire to move refugees fleeing violence back across the border into Syria. Trump said Turkey is “holding millions of people” and said that Erdogan wants to repatriate them.

Trump tweeted Wednesday that the withdrawal involved roughly 50 service members. An administration official speaking on the condition of anonymity to discuss details of U.S. involvement in the region described the number of soldiers involved to be between 50 and 100. 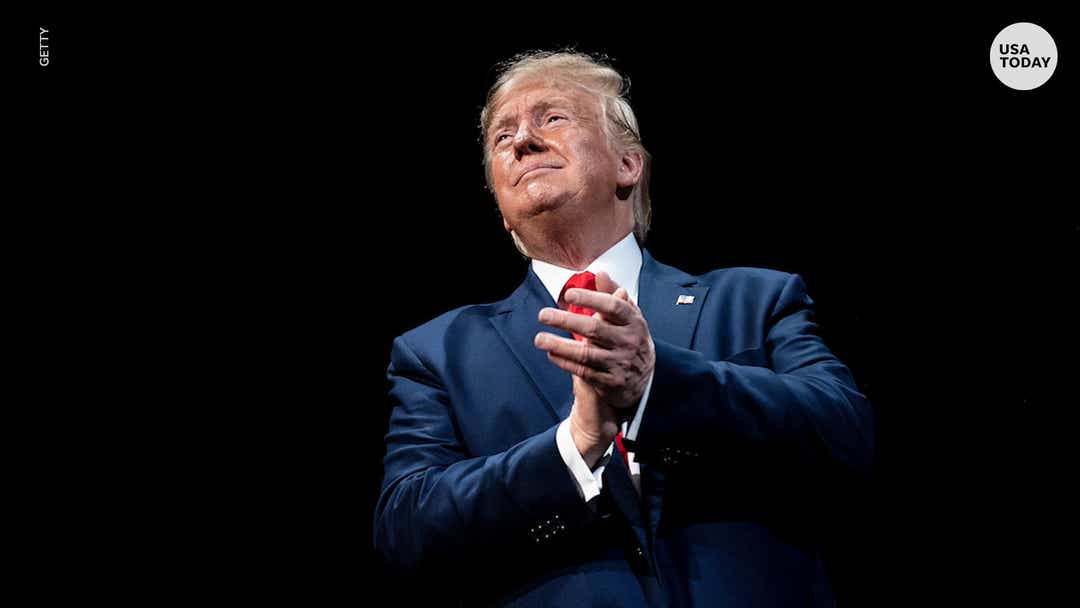 The president has repeatedly framed the decision as part of his broader goal of reducing U.S. military engagements oversees. But the same administration official rejected the idea that the soldiers involved are being withdrawn and instead said that the service members would be reassigned to other areas in Syria.

Trump has reduced U.S. military engagement in the country. The U.S. currently has about 1,000 troops in Syria, roughly half of the deployment at the end of last year.

“Turkey is invading Syria in reported coordination with Russian-backed forces, ISIS terrorists are launching attacks in Raqqa, and thousands of ISIS fighters are biding their time in makeshift prisons,” she said. “The U.S. is abandoning our ally the Kurds, who fought ISIS on the ground and helped protect the U.S. homeland.”

Trump and other administration officials said they expect Turkey to maintain the detention of thousands of ISIS fighters, but several lawmakers questioned whether the Turks will be able or even willing to do that.

Sen. Chris Coons, D-Del., said the U.S. withdrawal “further emboldens Iranian proxies in the region and enables the escape of thousands of ISIS fighters who are currently held by Kurdish forces but remain determined to attack the West.”

In his statement put out by the White House, Trump said: “There are no American soldiers in the area.”

He also said “Turkey has committed to protecting civilians, protecting religious minorities, including Christians, and ensuring no humanitarian crisis takes place – and we will hold them to this commitment.”

Trump’s statement did not mention the Kurds by name.