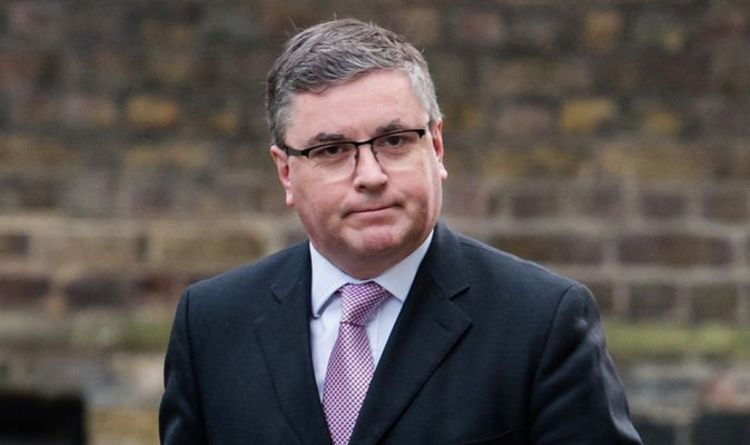 Lord Chancellor Robert Buckland said he was not personally persuaded by the evidence but there was a “need to take into account compassionate reasons”. His intervention has been welcomed by right-to-die campaigners for right-to-die who say he should be “commended for grasping the nettle”. Mr Buckland, a former senior barrister and judge, is expected to task the Ministry of Justice (MoJ) with carrying out the review. This could lead to another MPs’ vote on the issue, five years after the last one when the law change was rejected by 330 votes to 118.

Mr Buckland said: “There have been requests for a call for evidence, whereby the MoJ would gather evidence from both sides.

“That doesn’t commit government or parliament to any course of action. I have got to consider that very carefully as to whether or not that is done.”

He went on: “Although Crown Prosecution Service guidelines strike a decent balance on the need to follow the evidence, the need to take into account compassionate reasons, I do continue to consider the matter very carefully. My own view is that I wouldn’t support (assisted suicide) but that’s my view as an individual. As Lord Chancellor I have to think about the merits of having a call for evidence, which I will actively consider in the next few months.”

He was speaking just days after the issue was again raised in Parliament by MPs supporting the case. They want laws to let people suffering from incurable and debilitating diseases to be helped to end their lives without repercussions for family, friends or medics. On Thursday the Isle of Man Parliament’s bid to change its rules were thwarted by its High Court.

Opponents claim where assisted suicide laws have been brought in, including Canada and Oregon in the US, there has been an “explosion in suicides”. Dr Gordon Macdonald, head of Care Not Killing, said: “The inquiry being called for is not necessary as MPs, MSPs, peers, judges and other elected officials have reviewed, voted on and reviewed the laws more than 30 times since 2003.

“On every occasion, they have rejected ripping up long-held universal protections.” But Sarah Wootton, CEO of Dignity in Dying, said: “The Justice Secretary is to be commended for grasping the nettle. A call for evidence would enable those most affected to be heard.

“Dying people are forced to resort to drastic actions, leading to premature deaths which take place behind closed doors and abroad.

“There are no checks and balances in place to protect them or their family members.”

A motor neurone disease sufferer has asked to have the right to die “as an insurance policy against years of anguish”.

Phil Newby, a 49-year-old father of two, was diagnosed with the neurological disorder in 2014 and is no longer able to walk or use his hands and lower arms.

The disease is progressive and he fears ending up locked in his body for years.

Last month terminally ill Phil lodged a case with the High Court asking it to take a “smart look at the debate,” and “for the first time take a proper look at the weight of evidence for and against assisted dying”.

He welcomed news that the Justice Secretary had asked to see the evidence.

Explaining why he had launched his court case, he said: “We want judges to properly examine the evidence for assisted dying. Until now people have come to court and one side has said the law needs to be changed, and another says it shouldn’t. There has been no intelligent analysis.

“I’m asking judges to evaluate this, look at the evidence, call witnesses and cross examine them.

“There has been a Punch and Judy debate between proponents of change and those against. Sick patients like me are put forward to initiate this debate.

“Our senior judges have never taken a proper look at this and have never properly assessed the impact of how many people could benefit from a change in the law.”

The former company boss from Rutland, who is married to Charlotte, added: “For too long this debate has gone on without evidence being looked at properly and if the justice minister is to look at this and open the debate that has to be applauded.”

When I was first elected as an MP in 2015, I was asked what law I’d like to see changed. It was an easy answer – assisted dying.

Before I became an MP, I worked in healthcare. The penny dropped for me when working on an NHS project to help doctors and nurses with communication skills around living and dying with severe respiratory disease.

Healthcare professionals are so focused on keeping people alive that conversations tend to be around treatment options, not: “You are going to die, how would you like it to happen?”

It can leave people with terminal illness feeling alone, with little control over their journey. We’ve heard powerful stories from people affected by this. People are treated as criminals for carrying out an act of love and compassion.

MPs have had their minds changed when constituents have shared their own painful stories.

There have been changes in the law in Canada and parts of the US. Progress is being made across the world and we must learn from this.