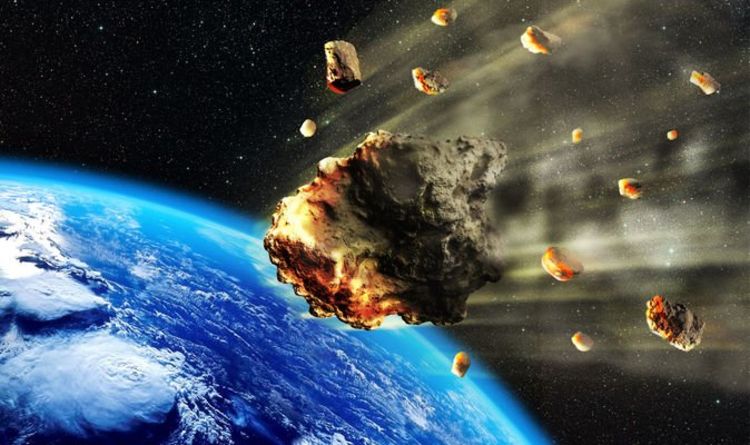 NASA said: “Since their orbital paths often cross that of the Earth, collisions with near-Earth objects have occurred in the past and we should remain alert to the possibility of future close Earth approaches.

“It seems prudent to mount efforts to discover and study these objects, to characterise their sizes, compositions and structures and to keep an eye upon their future trajectories.”

Asteroid 2020 CH is a so-called near-Earth object or NEO, meaning its orbit of the Sun can bring it close to Earth.

NEOs will sometimes crash into Earth and discovering them well ahead of impact is Earth’s only chance of avoiding death.

NASA said: “Given several years warning time, existing technology could be used to deflect the threatening object away from Earth.