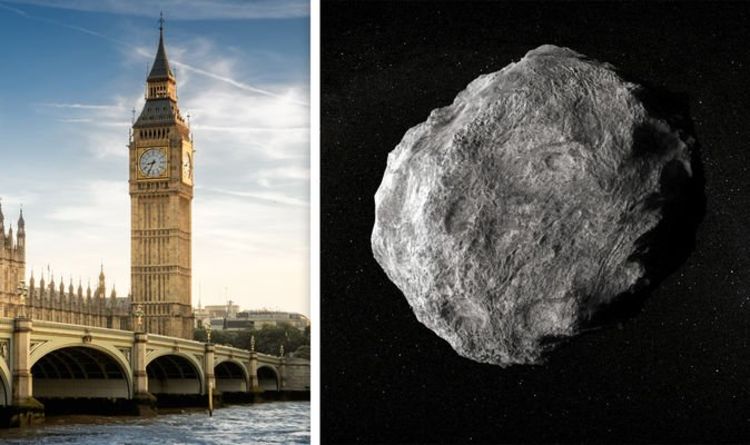 NASA considers any comet or asteroid racing around the Sun an NEO if its orbit does not exceed 1.3 astronomical units.

These objects are trapped within the inner confines of the solar system and often cross paths with our planet.

Although most asteroid flybys are harmless, an asteroid will occasionally slam into Earth to cataclysmic effect.

According to NASA, any object at the upper end of Asteroid AN3’s size estimate could potentially kill thousands if not millions upon impact.

NASA said: “If a rocky meteoroid larger than 25m but smaller than one kilometre – a little more than one-and-half mile – were to hit Earth, it would likely cause local damage to the impact area.”