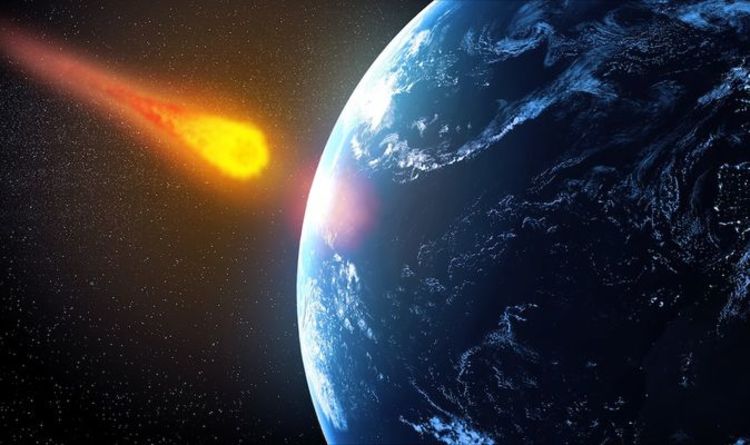 The 700-metre rock – dubbed Asteroid 1998 HL1 – will speed past the earth between 25-28 October. The asteroid is classified as a Potentially Hazardous Asteroid (PHA). It was first discovered by astronomers at the Lincoln Near-Earth Asteroid Research (LINEAR) project at Socorro, New Mexico, in 1998.

But diagrams released by NASA revealed exactly how relatively close of a “near miss” it will be.

HL1 will travel at a staggering speed of over 25,000mph as it barrels past our planet.

If it were to strike the Earth, an asteroid of this size would cause catastrophic damage.

The Apollo asteroid’s closest approach this year will be 150,000,000 miles away, or 16 times the distance to the Moon.

The fly be is incredibly close in astronomic terms (1.6AU) – but thankfully it will not hit the earth for at least 120 years.

If it ever collided with the earth, the asteroid is easily big enough to kill millions of people.

READ MORE: NASA tracks three asteroids flying past Earth at up to 18,000mph

He said: “We have to make sure that people understand that this is not about Hollywood, it’s not about the movies.

“This is about ultimately protecting the only planet we know, right now, to host life – and that is the planet Earth.”

NASA is currently in the process of developing the Double Asteroid Redirection Test (DART).

When finished, the DART system will test if it is possible to redirect asteroids that are threatening to impact with Earth.

The latest HL1 news comes after NASA admitted an asteroid “snuck up on us” after passing closer than our own moon last month.

Asteroid 2019 OK was the largest asteroid to come so close to the earth in a century.

The rock hurtled past almost unannounced, causing concern among astronomers.

NASA’s planetary defence officer, Lindley Johnson, wrote in an email to staff: “This one did sneak up on us and it is an interesting story on the limitations of our current survey network.”

However, NASA has continued to assure that “no one should be overly concerned” about the impact of an asteroid or comet.

NASA’s JPL website said: “No known asteroid poses a significant risk of impact with Earth over the next 100 years.”