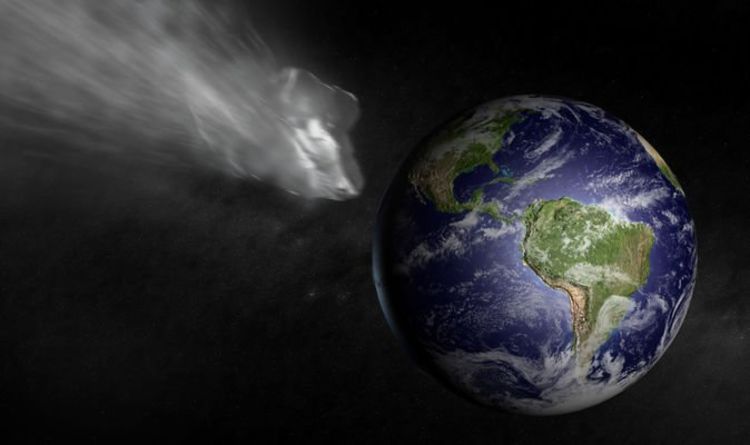 As proven by the Chelyabinsk meteor incident in 2013, NEOs will occasionally crash into our planet.

The Chelyabinsk incident unfolded when an undetected 56.6ft-wide (20m) rock slipped into the atmosphere and exploded over Russia before reaching the ground.

According to NASA, a hundred tons small rocks and sand grain-sized orbital debris pelt the planet every single day.

Larger, car-sized asteroids are estimated to strike somewhere on the planet at least once a year.