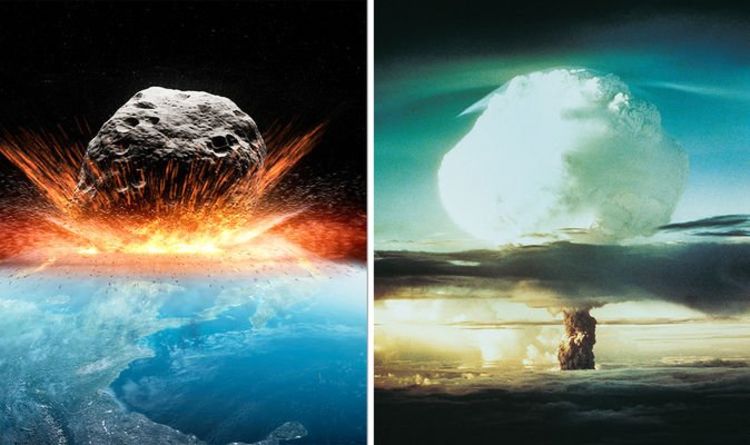 The astroid’s name is 481394 2006 SF6 and is set for its closest approach to the Earth on November 21. The 650 metre celestial chunk is classified as an Apollo asteroid, the most dangerous class of asteroid, having an Earth-crossing orbit. There is also the chance that it could be nudged much closer by the Yarkovsky effect.

The Yarkovsky effect is where the soft force of sunlight can steer asteroids into Earth-crossing orbits and drastically alter the layout of their paths across solar system.

Asteroids larger than approximately 35 meters across can pose a threat to a town or city, so 481394 2006 SF6, with it’s 650 metre diameter could pose a serious threat to major populated areas of the Earth.

The massive space rock has not yet been ranked on the Torino Impact Hazard Scale.

The Torino Scale, adopted by the IAU in 1999, is a tool for categorising potential Earth impact events.

The system has an integer scale ranging from 0 to 10 with associated colour coding.

The scale captures the likelihood and consequences of a potential impact event.

A ten on the scale means a collision is certain, capable of causing global climatic catastrophe that may threaten the future of civilisation as we know it, whether impacting land or ocean.

Such events occur on average once per 100,000 years, or less often.

NEOs are all comets and asteroids whose orbits approach Earth’s path around the Sun.

Despite this space rock making a close approach to Earth, it is very unlikely that it could threaten our home-world.

The distances of asteroids to the Earth are measured in astronomical units.

One astronomical unit measures the distance between the Earth and the Sun or about 93 million miles (149.6 million km).