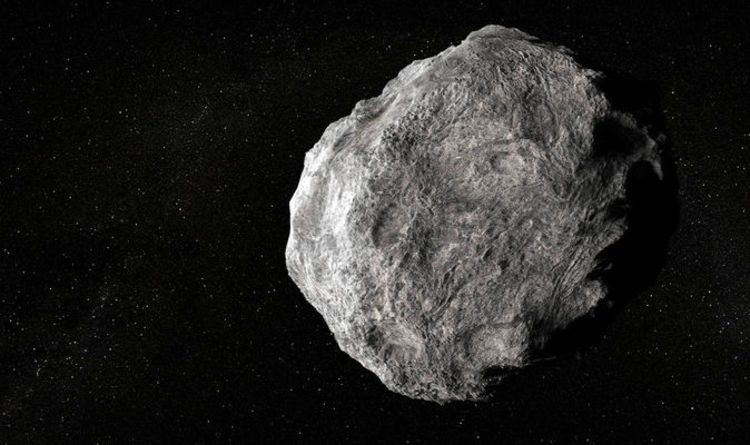 Other intriguing information made publicly available on the agency’s Earth Earth Object (NEO) site include its speed and the closest distance it will safely blast past the planet.

Bearing in mind the Earth’s diameter is 7,917 miles, this may seem far to great a distance to truly be considered “close”.

How is Boris Johnson handling the coronavirus crisis? Vote in our poll

"The scientific interest in comets and asteroids is due largely to their status as the relatively unchanged remnant debris from the solar system formation process some 4.6 billion years ago.

"The giant outer planets (Jupiter, Saturn, Uranus, and Neptune) formed from an agglomeration of billions of comets and the left over bits and pieces from this formation process are the comets we see today.

"Likewise, today’s asteroids are the bits and pieces left over from the initial agglomeration of the inner planets that include Mercury, Venus, Earth, and Mars.

"As the primitive, leftover building blocks of the solar system formation process, comets and asteroids offer clues to the chemical mixture from which the planets formed some 4.6 billion years ago.

"If we wish to know the composition of the primordial mixture from which the planets formed, then we must determine the chemical constituents of the leftover debris from this formation process - the comets and asteroids."

US organisation the Minor Planet Center provides a provisional designation.

Then, once an asteroid’s orbit has been confirmed, it receives a permanent numeral designation.

The discoverer then gets a decade to submit and explain a name for the object.

A 15-person committee at the International Astronomical Union then judges whether to approve the asteroid’s name, before this is published in a monthly newsletter.

ByPatrick Galey, AFP The loss of billions of tonnes of ice from Earth's frozen spaces is likely to increase global temperatures by an additional 0.4...
Read more
Science

AI revolution: The jobs to be replaced by Artificial Intelligence in next decade REVEALED

ByMachines have remodelled our lives at an ever-accelerating pace since the dawn of the industrial revolution. But the most profound revolution yet is about...
Read more
Science

‘Something going on’ Yellowstone scientists' ‘dome-shaped uplift’ discovery inside caldera

ByThe supervolcano spreads beneath the states of Wyoming, Montana and Idaho and gets its nickname due to its ability to inflict devastation on a...
Read more
Science

If Your Heart Health Is at Risk, Your Partner Should Get Checked Too. Here's Why

ByClare Watson When your partner orders an extra side of fries or hits snooze on your alarm for the gym, it's easy to do the...
Read more

ByA second holidaymaker offered an alternative, writing: “Just get a newspaper at the airport or wherever.” For travellers who do not wish to leave behind...
Read more

By"It was exciting and and he met some big names in music like Cliff Richard, The Fortunes, Badfinger. "Bonnie Tyler would say he was her...
Read more