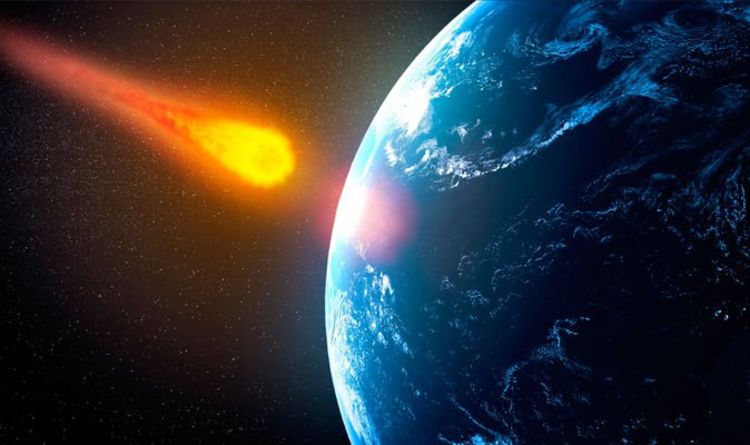 The colossal asteroid, dubbed Asteroid 1998 HL1, will swing past Earth on Friday, October 25. Astronomer Gianluca Masi of the Virtual Telescope Project in Italy believes amateur astronomers will be able to see the space rock. The US space agency NASA estimates HL1 measures in the range of 1,443ft to 3,248ft (440m to 990m) across.

An asteroid on this scale is big enough to kill millions and cause “global” destruction upon impact.

As a result of its size and close approach later this week, Dr Masi said the asteroid is considered “potentially hazardous”.

On Friday, the asteroid is expected to make its closest approach to Earth around 6.21pm BST (5.21pm UTC).

Dr Masi will track the asteroid’s movement and broadcast it live over the internet.

“The Virtual Telescope Project will show it live, thanks to its advanced technologies, bringing it to you via the Internet.

NASA said: “Potentially hazardous asteroids are about 150m – almost 500ft – or larger, roughly twice as big as the Statue of Liberty is tall.

“They approach Earth’s orbit to within 7.5 million kilometres – about 4.6 million miles.

“By comparison, when Mars and Earth are at their closest, they are about 53 million kilometres – about 33 million miles – apart.”

Thankfully, the asteroid will not come close enough to Earth on Friday for NASA to sound the alarm bells just yet.

At its closest, HL1 will approach Earth from approximately 0.04155 astronomical units.

A single astronomical unit describes the distance from our home planet to the Sun – 93 million miles (149.6 million km).

NASA said: “As they orbit the Sun, Near-Earth Objects can occasionally approach close to Earth.