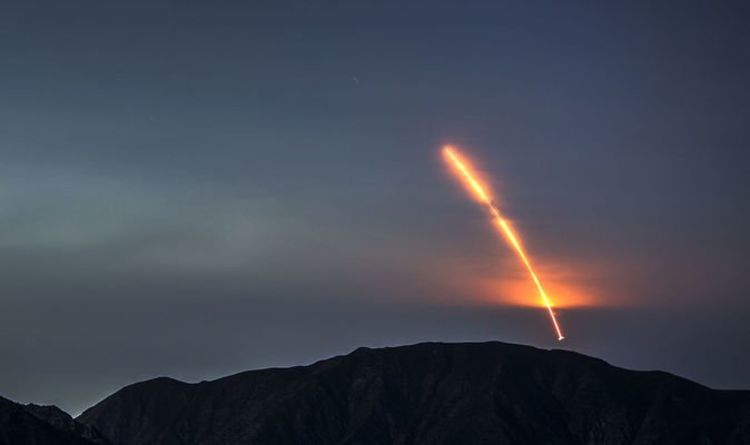 A group of NASA-backed researchers have started thinking of ways to minimise potential catastrophe from a huge asteroid. It’s approaching Earth at 67,000mph.

NASA has confirmed its speed and approach.

It’s regarded as a “planet-killer” because of how close it will pass by Earth in similar reports.

MIT researchers are confident that it’s unlikely the asteroid will hit the planet.

The trajectory of the rock is effected by all sorts of gravity and debris.

While some of science’s best minds work in NASA, projecting asteroid paths is also somewhat unpredictable.

However they’re still preparing for ways of preventing catastrophe in case it does.

JUST IN: Major asteroid collision could be CATASTROPHIC – NASA warning

MIT said in a statement: “On April 13, 2029, an icy chunk of space rock, wider than the Eiffel Tower is tall, will streak by Earth at 30 kilometers per second, grazing the planet’s sphere of geostationary satellites.

“It will be the closest approach by one of the largest asteroids crossing Earth’s orbit in the next decade.

“Observations of the asteroid (…) once suggested that its 2029 flyby would take it through a gravitational keyhole – A location in Earth’s gravity field that would tug the asteroid’s trajectory such that on its next flyby, in the year 2036, it would likely make a devastating impact.

“Thankfully, more recent observations have confirmed that the asteroid will sling by Earth without incident in both 2029 and 2036.

“Nevertheless, most scientists believe it is never too early to consider strategies for deflecting an asteroid if one were ever on a crash course with our home planet.”

So far, the prevention methods included using a “kinetic impactor” sent into space to diver the rock.

There’s also the option sending a “scout” to first gain measurements so that a projectile can be used accurately.

They lastly mentioned sending two “scouts”, with the other pushing the rock off course so it can be blasted at accurately from Earth.