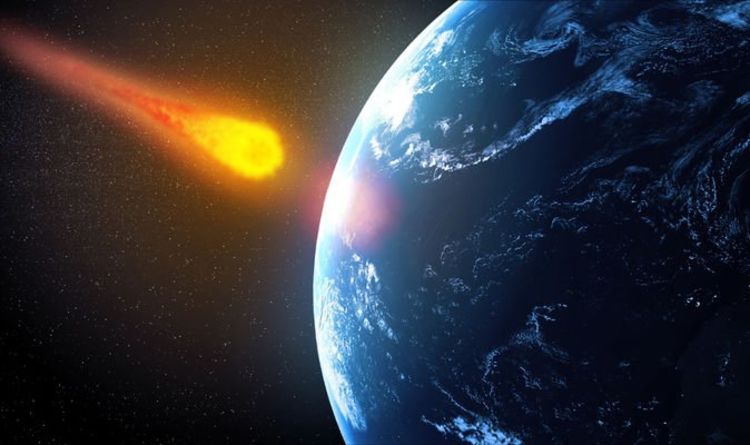 At the beginning of the new decade, NASA has discovered more than 19,000 asteroids.

However, NASA has warned its NEO catalogue is far from complete, meaning an unpredicted impact could occur at “any time”.

NASA said in a statement: “Experts estimate that an impact of an object the size of the one that exploded over Chelyabinsk, Russia, in 2013 – approximately 55ft (17m) in size – takes place once or twice a century.

“Impacts of larger objects are expected to be far less frequent (on the scale of centuries to millennia).

“However, given the current incompleteness of the NEO catalogue, an unpredicted impact – such as the Chelyabinsk event – could occur at any time.”