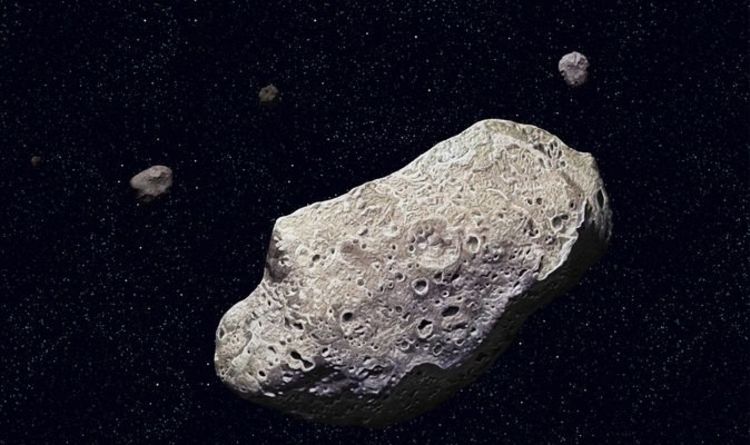 The device, known as “stellar engine”, could have the potential to move our planet some trillions of miles, if it was threatened by a deadly asteroid. Physicist Dr Matthew Caplan – who devised the device – spoke about the project in a video from German YouTube channel Kurzgesagt.

He said: “Our solar neighbourhood is constantly changing, with stars moving hundreds of kilometres every second.

“Only the vast distances between objects protect us from the dangers out there. But we might get unlucky in the future.

“At some point we could encounter a star going supernova. Or a massive object passing by and showering Earth with asteroids.”

Indeed, a viable option would be to entirely shift the whole Solar System using the “stellar engine.”

Using its gravitational pull, the huge structure could move the Sun’s position, along with the Earth and other objects.

The megastructure could shift the position of the Sun, dragging Earth and other objects with it via the star’s gravitational pull.

Dr Caplan, of Illinois State University, was behind the design of the brand new stellar engine concept, which has been called Caplan Thruster.

Not only this, but around a billionC particles capable of moving the Sun 50 light years (about 300 trillion miles) is produced.

Kurgesagt explained: “This would be more than enough to dodge a supernova.”

Of course stellar engines are just a concept today – the possibility is a long way off yet.

Currently, the resources are unavailable to withstand such heat.

If one is ever made, the possibility of exploring deep space will become a possibility.

Kurzgesagt said. “Using the Caplan Thruster, we could turn the entire Solar System into our space ship.

“For example… We could orbit backwards in the galaxy and colonise hundreds or thousands of stars as we pass by them.