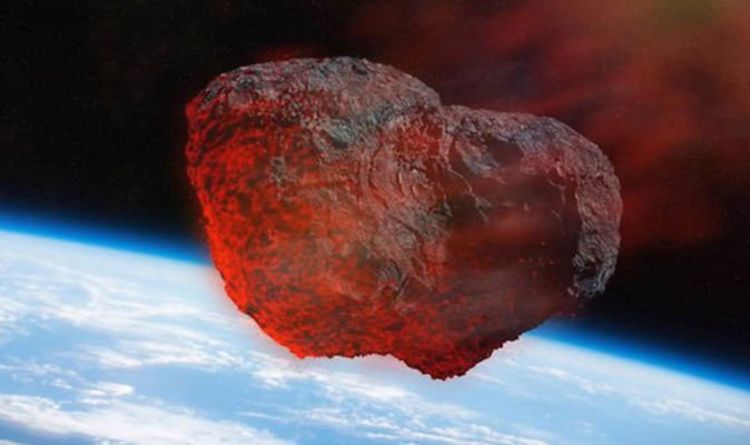 Astronomers estimate such objects have a one in 50,000 chance of hitting Earth every 100 years.

The Planetary Society lists the following impacts: “A crater of 10km or more: global devastation and possible collapse of civilisation.”

Dr Bruce Betts from the international group of astronomers said: “Small asteroids – few metres – hit frequently and burn up in the atmosphere and do little damage.

“Chelyabinsk size asteroids – about 20m that hit in 2013 – create shock waves that shatter windows and cause injuries.

“Tunguska sized – about 40m that hit Siberia in 1908 – could completely destroy a city or create a tsunami.

“Larger asteroids that hit on average less often could cause regional destruction.