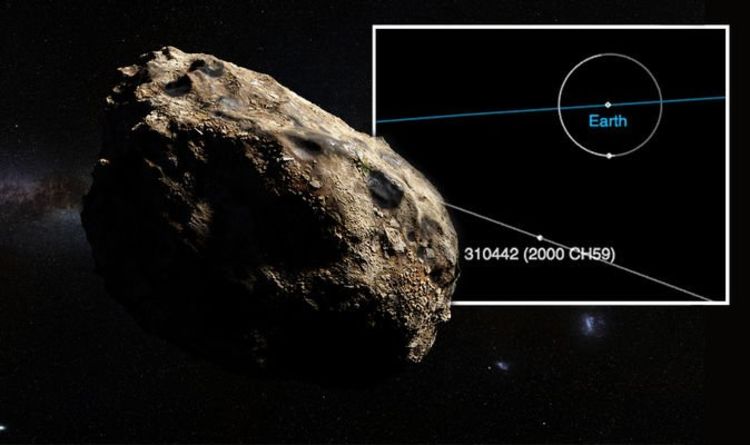 In 2013, for instance, a 20m-wide (65.6ft) rock entered Earth’s atmosphere undetected and exploded over Russia.

The resulting airblast spread over a wide radius, damaging thousands of buildings and injuring more than 1,000 people with shards of blown-out windows.

At the time, NASA’s astronomers dubbed the so-called Chelyabinsk meteor a sobering “wake-up call” to the dangers lurking in deep space.

Asteroid CH59 is 31 times larger than the Chelyabinsk meteor but the good news is NASA does not expect the rock to come crashing into Earth.

On Boxing Day, the rock is expected to miss our planet by a safe margin of about 0.04874 astronomical units (au).