At indoor Florida event, Trump urges seniors to shield themselves from Covid 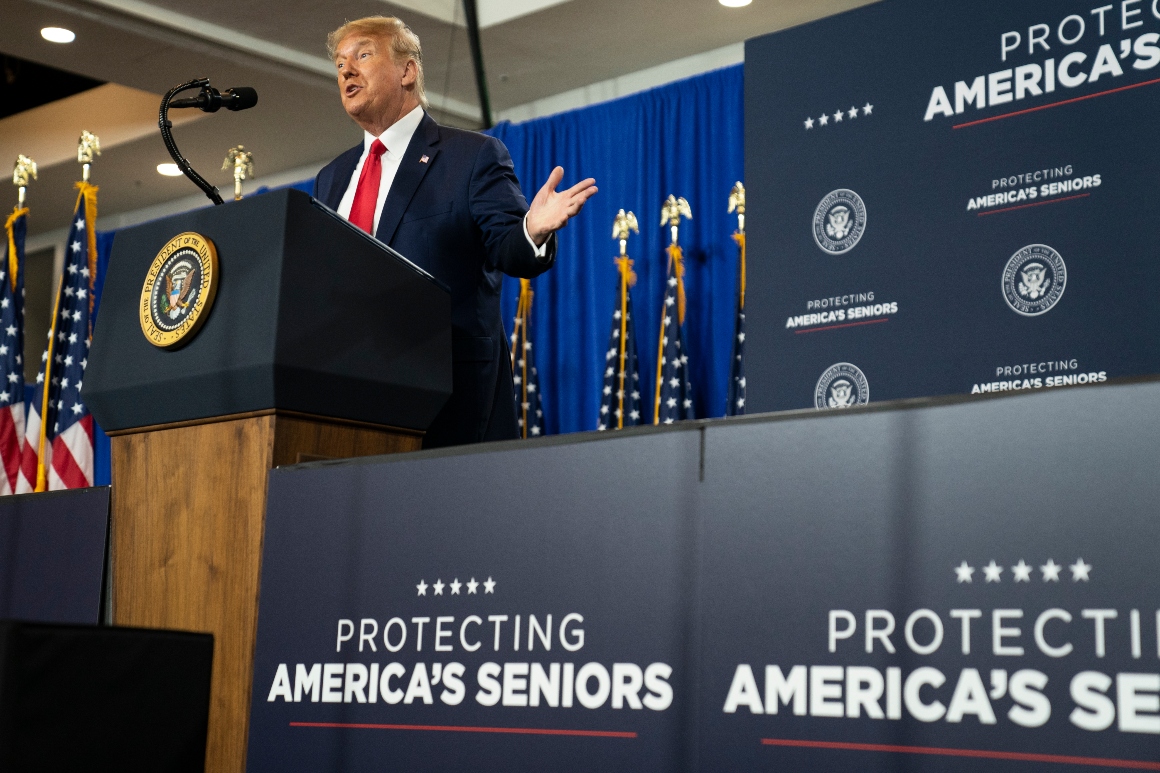 The president added that he, too, perhaps would have remained indoors to avoid possible infection, were it not for the office he held. “I might do that if I weren’t in this position. Maybe I’d be doing it, myself,” he said.

The more cautious remarks from the president contradicted the tone Trump has struck at campaign rallies and other official events, where he regularly downplays the threat of the pandemic and urges Americans to restart their daily lives with little regard for the highly contagious disease.

The venue for Trump’s speech Friday, focused on “Protecting America’s Seniors,” offered a similarly glaring contrast — with the president’s team enforcing few mitigation measures to ensure the population most vulnerable to the virus did not contract it.

Although some audience members appeared below retirement age, subtle differences from the president’s high-energy campaign rallies confirmed the crowd was mostly older.

The 500 or so attendees, a good portion of whom did not wear masks, were kept away from the blistering Florida heat in an air-conditioned ballroom. Their seats were separated somewhat, but many chairs were closer together than the six feet required under most social-distancing guidelines.

And as the crowd awaited Trump’s arrival, his classic rock playlist emanated from the speakers at much a lower volume than the high decibel levels MAGA rally-goers are accustomed to.