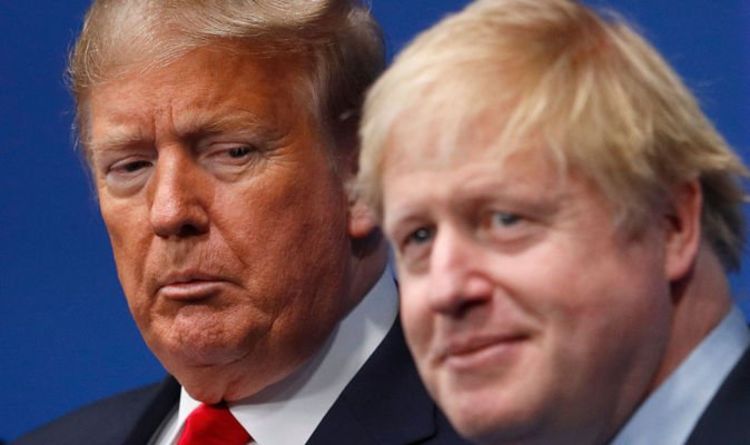 Boris Johnson has at last spoken to Donald Trump after then UK’s general election, with the US president congratulating him on his landslide victory. The two are said to have put the NATO “gossipgate” row behind them, in which Mr Johnson among other world leaders were filmed talking about Trump behind his back.

Downing Street said the two leaders talked about how the nations will progress now that the UK’s political landscape is more settled, as well as their shared desire for increased trade between the two nations.

Mr Trump had already congratulated the newly appointed Prime Minister on Twitter in the immediate aftermath of the result.

Since world leaders were filmed at the NATO summit talking about Trump behind his back, critics had speculated that the so-called “gossipgate” had soured US-UK relations.

The incident saw Canadian PM Justin Trudeau and a handful of other leaders including Mr Johnson seemingly gossiping about Mr Trump.

The group was caught out, however, by a hot microphone.

The immediate reaction to the video was no less than furious, with several experts noting the unprofessionalism of it.

Mr Johnson now seems to have dodged a bullet and escaped any bad feelings as Trump maintained his friendship rhetoric pre-“gossipgate”.

JUST IN: We have the chance to unite our nation with Boris, says LEO McKINSTRY

In the final days leading up to the election, Mr Johnson admitted he had not spoken to the US president since the row at the NATO summit.

The footage in question showed Mr Trudeau sharing a joke with the group that included Princess Anne and Emmanuel Macron about Trump’s teams reaction to his lengthy press conference.

It resulted in Trump cancelling his final press conference and travelling back to the US, and his calling Mr Trudeau “two-faced”.

In a poll interview on the eve of the election, Mr Johnson insisted he still got on with Mr Trump.

He said: “I get on very well with President Macron, Chancellor Merkel, PM Conte, and all sorts of leaders.

Asked whether he had contact with Mr Trump since the footage surfaced, he said: “No. But it was a good NATO leaders meeting and it showed the importance of NATO.”

It looked as though Mr Johnson was determined to minimise public contact with Trump during the gathering of the military alliance in the UK at the beginning of the month.

The pair held talks behind closed doors, and were only pictured together once during the entire summit.