At least a quarter of the workforce is out of a job. How much worse will it get? 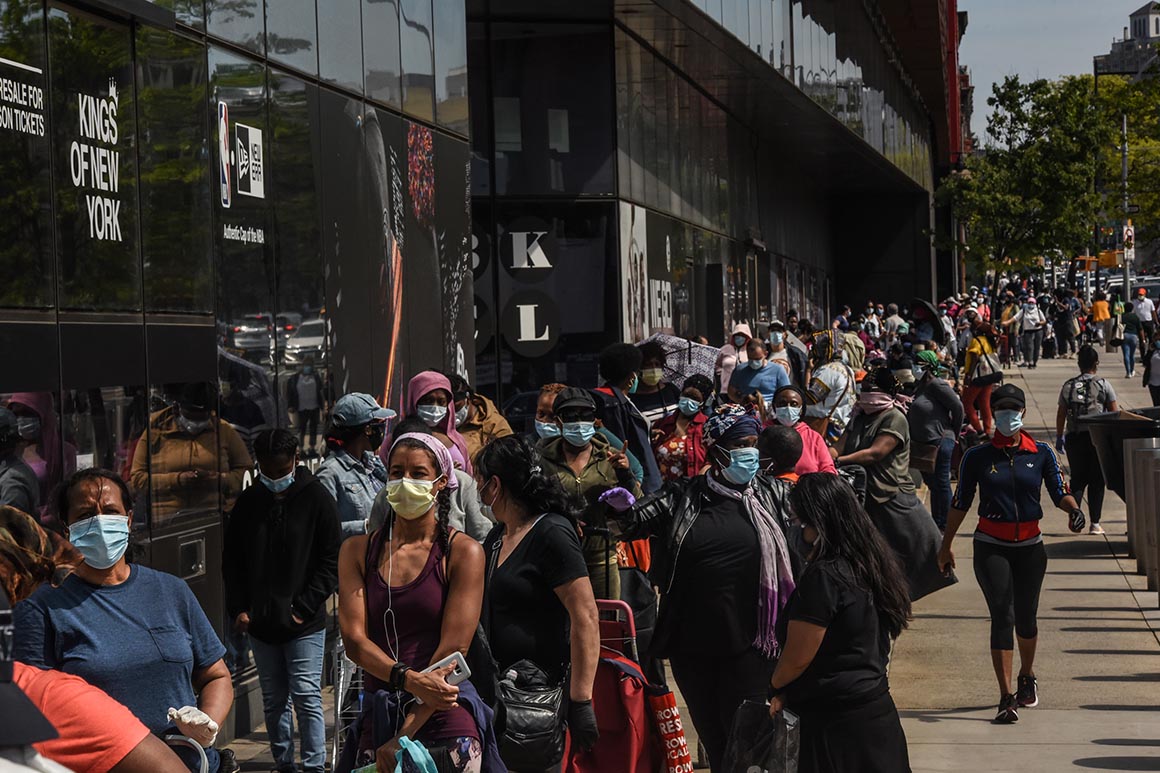 Here are some of the Q&As below, edited slightly for brevity and clarity.

Where do you think our current situation will rank among the Great Depression and the Great Recession?

In terms of depth, I think it will be as deep as even the Great Depression, way more than the Great Recession. But in my definition, the thing that makes it a depression is the collapse of the financial system and the extended/can’t escape nature of it. And for that, a virus recession hopefully will not have to follow the normal rules and [the economy] can come back at least much of the way back much more quickly.

— Austan Goolsbee, economist, professor and former chair of the Council of Economic Advisers.

How long will it take the U.S. economy to recover?

It’s going to take some time to get back to under 10 percent unemployment. Like at least a few months. And perhaps longer. It took a decade to fully recover from the Great Recession of 2008-09 and we’ve essentially wiped out all those job gains in a matter of two months.

Will an extended economic downturn spill over into housing markets? Or will the protections put in place after 2008 blunt the effects on housing prices?

The expectation would be that housing prices will go down — millions are out of work and the ones who could afford it don’t want to do open houses or are hunkering down. A bigger question is whether there might be structural problems in the housing market. My colleague Katy O’Donnell has written extensively about how the companies that collect mortgage payments are increasingly not banks and so they have a much more fragile business model (because they don’t take deposits). That’s been a concern because with some mortgage borrowers getting the ability to put off payments, those nonbank “servicers” are getting squeezed. If a bunch of those companies start to fail, it could cause a huge problem. Here’s some context on that.

Why continue to tie health insurance to employment when a public health crisis exposes how precarious employment is?

I think the pandemic and huge job losses will definitely make some people question the logic of tying health insurance to employment — and that will certainly help progressives and liberal leaders like Sen. Bernie Sanders argue health care should come from the government, not particular jobs. That said, I am still not sure the pandemic will result in the creation of a single-payer, government-run health care system (even if Joe Biden wins the election in November 2020). Not all Democrats are in favor of it, and there are powerful special interests in Washington who oppose the idea, pandemic or no pandemic.

Why does there seem to be little appetite among Senate Republicans for further stimulus, particularly when any boost to the economy would seemingly improve their chances of keeping the White House and Senate in November?

Senate Republicans are worried that they have approved packages worth trillions of dollars in such a short period of time and are worried about continuing to spend “like Democrats,” as they would call it.

They want to slow walk the next stimulus package to see if it is necessary to continue to spend so much money, but they also want to make sure the next package includes things like no liability for companies who bring back workers who get sick. So part of the delay is to try to gain leverage over the Dems.

There is also disagreement among the two parties over the need to bail out state and local governments. If state tax revenue continues to decrease (as we’ve seen in places like California), then states will have to lay off workers — just as the Trump administration has basically left the coronavirus response to the states.

Some unemployment recipients are earning more on unemployment than they did working. Will this cause major incentive issues as employees are called back to work?

The extra UI payments are only short-lived and job vacancies are at unprecedented lows. The problem is that tens of millions of people lost their jobs (hopefully temporarily) and we wanted to send them relief. The argument that people are paid a replacement rate higher than what they earned before for a couple of months is a red herring. When employers are expanding, then we want to think about the hiring incentives, and yes, it would cause problems if we stayed at the levels we have now. In a moment of free fall, though, we need to get money to people quickly and this was a way to do it.

— Austan Goolsbee, economist, professor and former chair of the Council of Economic Advisers.

What are economists modeling in unemployment for the different tiers of the labor market?

Layoffs so far have been concentrated among lower-paid workers; job losses have now hit 40 percent of low-income homes. And this summer, as Americans continue to hunker down, I expect we’ll continue to see hurt in workers employed by the airlines and tourism industry.

People who fared OK, so far, are white collar workers who can easily do their jobs from home. But if the economic downturn continues, I’d argue few people will be immune from the economic hardship. Law firms, lobbying shops, corporations will have a hard time keeping their business going indefinitely and at the same profit margins if everything remains pretty closed down and no vaccine seems imminent.

ByBurgess Everett, Meridith McGraw and James Arkin And as vulnerable Senate Republicans cast themselves as a firewall against the left’s ambitions — killing the...
Read more
US