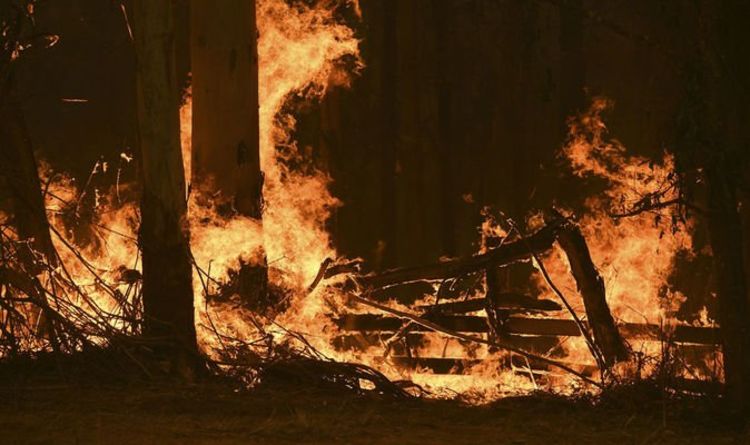 Four people have died so far from the fires as firefighters continue to battle numerous blazes across the country. Conditions improved on Friday, but fires continued to do enormous damage feeding off an abundance of water starved bush and farmland. The fires are now expecting to get worse as bad conditions are expected to sweep across the country in the coming days.

The country’s weather bureau warned that winds and lightning strikes will increase the threat to communities across two of its states.

Speaking to the BBC Queensland authorities stressed the extent of the problem they’re now facing “We’re just expecting more of the same.”

They stressed that problems would likely continue into January when significant downpours have been forecast.

Authorities their said: “[It’s] heating up early next week… we’re in for the long haul”.

New South Wales has been the worst hit state so far with the fire affecting much farmland as well as built up urban areas.

Looking to avoid fatigue amongst firefighters battling the blazes, Western Australia has sent teams out to relieve crews on the east coast.

New Zealand is also known to have sent reinforcements to tackle the blazes.

This year continues a trend of very hot seasons for the country with 2018 and 2017 marking their third and fourth hottest years since records began, 2018 boasting the hottest summer ever recorded.

This week police in NSW police confirmed the death 58-year-old man, after his body was found in burnt-out bushland near Kempsey, 400km north of Sydney.

The death of the unnamed victim follows those of Vivian Chaplain, 69, Julie Fletcher, 63, and George Nole, whose age is unknown.

All three were found in separate locations in rural NSW.

NSW has had over one million hectares of land burnt since September, with authorities forced to issue a first ever “catastrophic” fire warning for the greater Sydney area.

A warning issued that is “catastrophic” is the highest point on Australia’s six-point fire danger scale and is rarely ever issued.

The rating was introduced in 2009 after the Black Saturday bushfires took the lives of 173 people.

When such a warning is given the only advice that can be given to residents is evacuation of the area as structures can no longer be effectively defended.

Many of Australia’s native plants are fire prone and very combustible, with many plants relying on fire as part of their reproductive cycles.

Common causes of bushfires like these include lightning strikes or human activities like dropping cigarettes or lighting blazes deliberately.