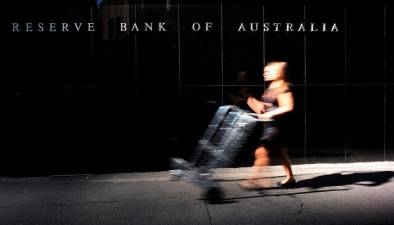 SYDNEY: Australia’s central bank on Tuesday slashed interest rates to a record low and said it was ready to provide further action if needed as policymakers around the world pledge economic support against the impact of the coronavirus.

In lowering rates by 25 basis points to 0.50 percent, Reserve Bank of Australia boss Philip Lowe warned global growth was expected to be lower in the first half of 2020 and COVID-19 was also having a “significant effect” domestically.

Australia’s education and travel sectors, which are heavily reliant on China — where the outbreak started — have been particularly hard hit and surrounding uncertainty is also likely to impact spending.

“Given the evolving situation, it is difficult to predict how large and long-lasting the effect will be,” Lowe said in a statement. “Once the coronavirus is contained, the Australian economy is expected to return to an improving trend.”

“Policy measures have been announced in several countries, including China, which will help support growth,” he said. “In most economies, including the United States, there is an expectation of further monetary stimulus over coming months.”

He added that the bank would continue to monitor developments “closely” and was “prepared to ease monetary policy further” if necessary.

The announcement came as other institutions including the Federal Reserve, Bank of Japan and European Central Bank said they were ready to step in to mitigate the economic pressure of the outbreak, which the OECD said could send global growth to its lowest level since the financial crisis.

“The RBA became the first developed market central bank to cut in response to the coronavirus, paving the way for other banks to ease over coming weeks,” said TD Securities’ Prashant Newnaha.

Though the RBA struck an optimistic tone about the future, analysts have predicted the country’s economy could contract unless the virus is contained.

“There is expectation of further stimulus over coming months in most economies,” said Newnaha. “The RBA’s focus on offshore central bank developments… implies this is not the end of the RBA easing cycle, even if fiscal support is forthcoming.”

Despite a record 29 years without a recession, it had already been flagging owing to growing unemployment, stagnant wages and high household debt.

Economic growth was a modest 1.7 percent in 2019, prompting the central bank to slash rates three times in less than six months.

A crippling drought and devastating months-long bushfire crisis have also dealt a blow, with the government saying the dry spell had taken a quarter of a percentage point off expansion in gross domestic product.

One bright spot noted by the RBA was stronger house prices, with an uptick in the Sydney and Melbourne markets coming in recent months after a lengthy slowdown. – AFP