Australia fires from space: Astronauts send out 'hearts and thoughts' from Space Station 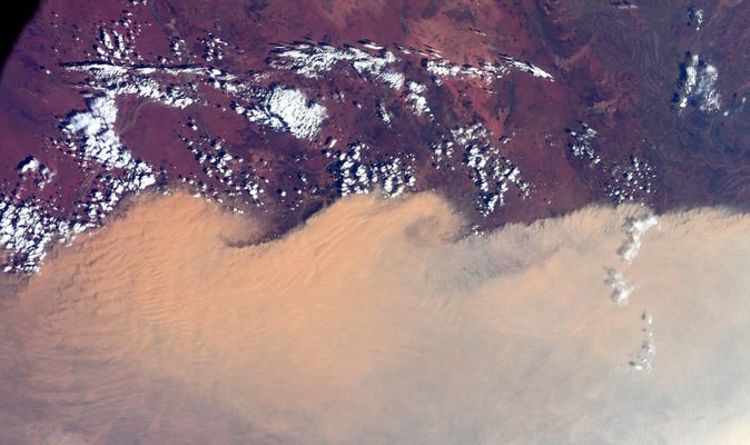 The deadly Australian fires are now so vast, they have spread smoke around the world. NASA astronauts on the International Space Station are closely monitoring and photographing the fires as Australia continues to burn.

NASA astronaut Christina Koch is among those on the Expedition 61 ISS crew to share aerial photos of dust flying across Australia and smoke rising from numerous fires.

Ms Koch, who recently set a new record for the longest space mission by a woman, published a series of fire photos with the caption: “Australia. Our hearts and thoughts are with you.”

The American crew member’s post swiftly received thousands of likes, with several users expressing their sadness at the continuing tragedy in Australia.

Other images from the ISS astronaut showed thick dust streaming over the ocean near Australia.

The Australian fires have killed at least 27 people since September last year, while the inferno is now spewing dangerous smog around major Australian cities.

The US space agency NASA is tracking smoke spreading around the globe, a phenomenon easily visible from space.

Thunderstorms caused by the wildfires are accelerating the smoke plume in its path around the world.

The smoke is forecast to soon return to Australian airspace, according to ABC Australia.

Lisa Harvey-Smith, an astrophysicist at the University of New South Wales, told ABC the resulting smoke can rise at least 10 miles (17km) into the atmosphere and “travel relatively unimpeded, above most of the atmosphere and weather”.

A NASA Earth Observatory blog post revealed different types of clouds are accompanying the fire smoke plumes, such as pyrocumulonimbus and flammagenitus.