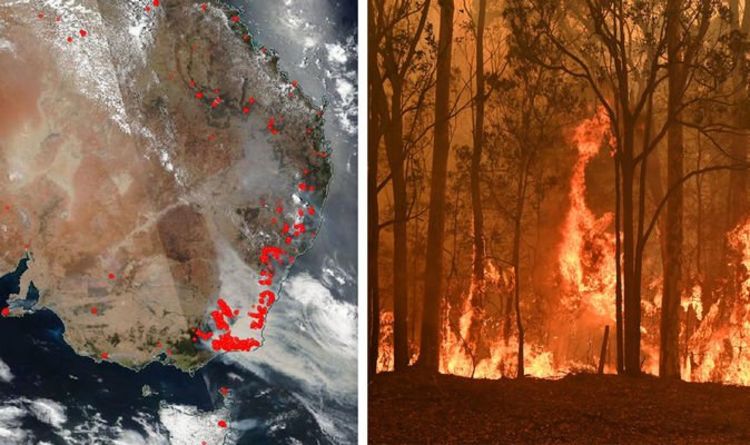 “These huge and disastrous fires continue to burn ferociously and with abandon, and reports have come out that the fires have actually intensified in the last 12 hours.

“NOAA-NASA’s Suomi NPP satellite captured imagery of the fires and the resultant billowing smoke cascading off the edge of Australia on January 1, 2020.”

According to the satellite images, the resort town of Mallacoota was surrounded by encroaching flames.

More than 4,000 local residents were forced to flee from the fires by seeking refuge on the beeches, in boats and in the waters.

NASA said: “The scene was described by residents as apocalyptic, with the sky turning a dark orange.”