Australia, NZ dlrs get the jitters, bonds brace for borrowing... 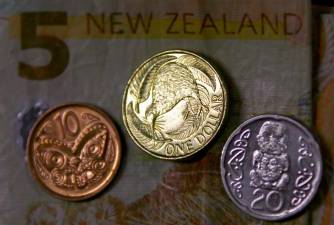 SYDNEY: The Australian and New Zealand dollars suffered a setback on Thursday as a four-day rally ran into profit-taking above key resistance levels, suggesting investors were not ready to signal the all-clear on risk assets just yet.

Dealers said anxiety was building ahead of figures for U.S. weekly jobless claims due later on Thursday, which would offer an early glimpse of the economic carnage wrought by the coronavirus.

The median forecast in a Reuters poll was for a surge of 1 million in jobless claims, easily the highest on record. But even that could be optimistic.

“Something in the 5-10 million range for initial jobless claims is quite likely,” said analysts at RBC Capital Markets in a note.

Such a result would likely be a hammer blow for risk appetite and could see the Aussie and kiwi slide anew.

At home, a special survey from the Australian statistician showed almost half of local businesses had already been negatively impacted by the fallout from the virus, and 86% expected to be hit in the future.

The government has already announced a massive fiscal stimulus to cushion the blow, but will have to pay for it by issuing more debt – a lot of debt. “The government will need to borrow an extreme amount of debt in the next little while” said Philip Brown, a bond strategist at CBA, estimating it might have to sell between A$ 50 billion and A$ 80 billion of bonds by the end of June.

As recently as February, it had planned to sell A$ 55 billion of bonds for all of 2019/20, with A$ 40 billion of that amount already raised.

“Issuing in this massive volume will cause price slippage,” said Brown. “But that’s the price of securing the economy against the coronavirus. In essence, it is the price that has to be paid.”