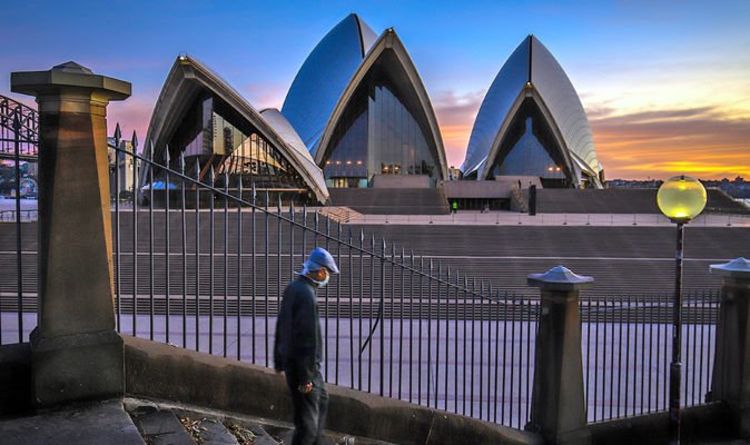 The country has still ramped up testing, with more than 12,000 a day being carried out.

“There may be more later, but we certainly appear to be flattening that curve very successfully at the moment.”

Australia’s handling of the virus has been admirably swift and effective, with many factors contributing to their success.

Australian health experts say the infection rate has been steadied due to widespread testing.

They also suggest that carrier tracing, self-isolation of those at risk and strictly-enforced social distancing rules have helped flatten the curve.

The decision to restrict travel so early on also played a huge role in the country being able to combat the disease.

JUST IN: Coronavirus POLL: Should Boris send a bill to China for outbreak? VOTE

Express.co.uk has started a campaign to get Tom Moore a knighthood, please visit here to sign up to our petition.

The country does have a smaller population compared to most of Europe and other afflicted countries.

Professor Tony Blakely, epidemiologist and public health medicine specialist at the University of Melbourne, said Australia’s lower infections rates compared with countries could also be due to the country’s geographic isolation.

He said to the Daily Mail: “We had another 10-day window to actually respond and stop it getting that way.

“We worked hard to stop it getting that way but we also were lucky being down the bottom of the world we had a little bit more time to respond.”