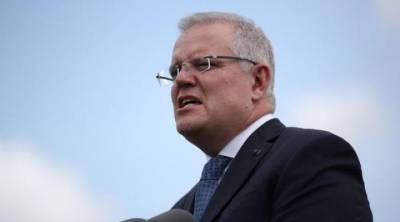 SYDNEY: Australia’s government said on Thursday it would pump A$ 17.6 billion ($ 11.4 billion) into the economy to prevent the coronavirus outbreak from pushing the country into its first recession in nearly 30 years.

The country’s first stimulus package since the 2008 global financial crisis, which helped Australia avert a recession then, illustrates the lengths the government will take to pare the economic impact of the outbreak. Despite only affecting about 120 people in Australia so far, economists are expecting the widening epidemic to cause a recession in the second quarter.

The package will subsidise the wages of 120,000 apprentices, offer one-off cash payments for welfare recipients and deliver payments of up to A$ 25,000 ($ 16,160) for small businesses, Prime Minister Scott Morrison said at a news conference in Canberra.

“This is a comprehensive, a well-thought-through, a well-targeted plan, which is designed to support the Australian economy and jobs and businesses through the difficult months ahead,“ Morrison said.

Morrison said more than 6 million welfare recipients, notably pensioners and unemployed citizens will get a one-off cash payment of A$ 750 from March 31.

Speaking with the Prime Minister, Australia’s Treasurer Josh Frydenberg said the bulk of the package will be spent immediately, offering a boost of up to 1.5 percentage points to the economy in the second quarter.

“The package won’t super-charge the economy. Neither does it guarantee that the economy won’t slip into recession. But it is a good first step,“ said Craig James, chief economist, Commonwealth Bank of Australia.

Ratings agency S&P said on Wednesday it expected Australia to fall into recession in the first half of 2020, but the government’s strong fiscal position allowed for stimulus without threatening its ‘AAA’ credit rating.

Even with the relatively small number of cases, local health officials are struggling to contain the virus, prompting Morrison on Wednesday to pledge A$ 2.4 billion to support the health system during the outbreak.

However, the package did not reduce market nerves, with the ASX 200 falling by 3% after it was announced and then falling by more than 5% after the United States announced a ban on European travel.

The spending was announced after the World Health Organization described the coronavirus outbreak as a pandemic for the first time on Wednesday. -Reuters