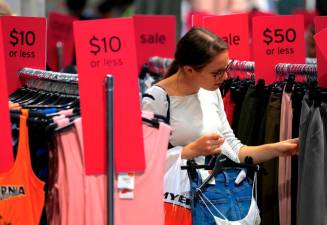 SYDNEY: Australia’s economy expanded by more than expected last quarter, easing the risk of a recession even as raging bushfires and the coronavirus crisis wreaked havoc with tourism and travel at the start of the new year.

The threat from the epidemic prompted the Reserve Bank of Australia (RBA) to cut interest rates to an all-time low of 0.5% this week, part of an urgent global response that saw the U.S. Federal Reserve spring an emergency policy easing.

But as the outlook for the current quarter gets murkier given the rapid spread of the coronavirus, Frydenberg flagged an imminent fiscal stimulus.

“The government is working on a targeted, responsible and scaleable series of measures that are designed to keep business in business, and Australians in jobs,” Frydenberg told reporters in Canberra.

The package would include a tax allowance for business investment, he said, without giving other details. The Treasury would release its estimate of the impact of the virus on Australia’s economy on Thursday.

Many economists expect GDP growth in the current quarter to contract as a ban on travellers from mainland China has hit the tourism, education and retail sectors, although Wednesday’s data helped erase the risk of a recession for now.

Figures from the Australian Bureau of Statistics (ABS) showed the A$ 2 trillion ($ 1.3 trillion) economy accelerated by 0.5% last quarter. Encouragingly, the previous quarter was revised upwards to a 0.6% increase from 0.4% earlier.

That took the annual pace to 2.2%, but still below the 2.75% that policy makers consider “trend”.

Economists had predicted a quarterly rate of 0.3%, according to a median of 16 economists polled by Reuters.

“For policy-makers, today’s moderate outcome has been overtaken by the impact of the coronavirus where GDP is likely to have contracted in Q1,” said Kaixin Owyong, Melbourne-based economist at National Australia Bank.

She forecast another quarter point rate cut in April and said the central bank would likely have to also consider quantitative easing, including buying government bonds.

Growth in the quarter was also supported by a surprise decline in the price of domestic goods and services, suggesting underlying growth remained weak despite a strong headline figure and pointing to softer-than-expected demand.

“The RBA should be concerned by the weak domestic details and not the headline result,” Citi economist Josh Williamson wrote in a note titled ‘Don’t Be Fooled, The Q4 GDP Result Was Actually Poor.’

“We continue to expect another 25 bp rate cut in April to a terminal rate of 25 basis points.” – Reuters