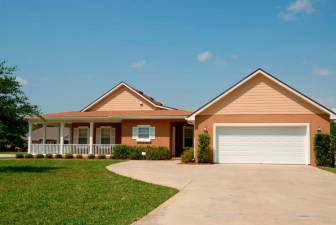 SYDNEY: Australia’s housing market ran red-hot last month as prices in no fewer than five cities reached record highs, a positive for consumer wealth and confidence in the face of the spreading coronavirus crisis.

Data from property consultant CoreLogic out on Monday showed home prices across the nation rose 1.1% in February, from January when they added 0.9%.

That brought gains for the 12 months to February to 6.1%, a world away from the punishing declines seen early last year.

The revival was again led by the major cities with values in Sydney jumping 1.7% in the month and 10.9% for the year. Melbourne boasted gains of 1.2% and 10.7% respectively.

“At the current run rate of growth, the national index is likely to reach a new nominal high over the next two months,” said CoreLogic head of research Tim Lawless.

The rebound in prices is a boon for wealth with Australia’s housing stock valued at a hefty A$ 6.9 trillion ($ 4.50 trillion).

Housing is one of the few bright spots in an economy that was already struggling before the coronavirus wreaked havoc with tourism and student arrivals from abroad, both big money spinners for Australia.

Such is the drag globally that markets are wagering central banks will soon step in to ease policy and shore up the financial system.

The Reserve Bank of Australia (RBA) holds its second meeting of the year on Tuesday and futures have leaped to fully price in a quarter-point cut in interest rates to 0.5%.

The market is also pricing in a further move to 0.25% by June and analysts suspect the RBA might eventually have to launch a quantitative easing campaign, likely through the purchase of government bonds.

“A strict reading of the leading indicators of the property market suggests that prices will continue to rise strongly over the first half of the year,” said Gareth Aird, a senior economist at Commonwealth Bank of Australia, noting the RBA had expressed concerns that borrowing for housing could get out of control.

“The potential fallout from COVID-19 on economic activity means that any concerns around briskly rising house prices will be swept aside in near term monetary policy decisions.: – REUTERS