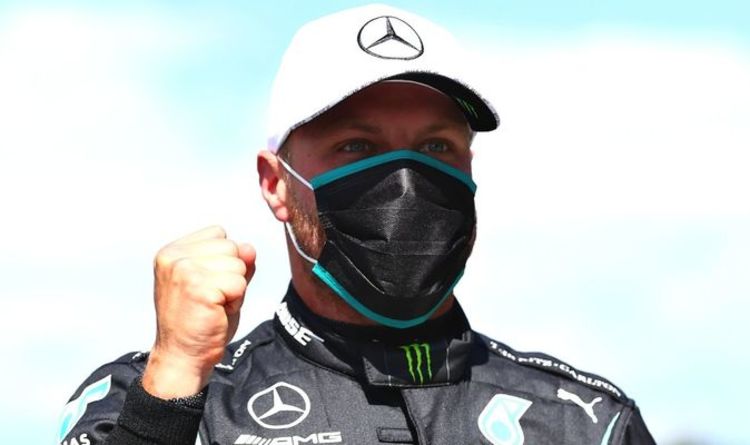 Williams new boy Nicholas Latifi will start his first ever Grand Prix at the back of the grid after qualifying in 20th for Sunday’s race in Spielberg.

The Canadian was well off the pace of his rivals at the Red Bull Ring and will be joined by Alfa Romeo’s Kimi Raikkonen on the last row.

Raikkonen’s team-mate Antonio Giovinazzi will start the Austrian Grand Prix in 18th, with Williams’ George Russell beside him on the penultimate row after narrowly missing out on a place in Q2.

Haas’ Kevin Magnussen will start in 16th, while at the other end of the grid it was Max Verstappen, Valtteri Bottas and Lewis Hamilton making up the top three ahead of Q2.

Sebastian Vettel is set to make the nightmare start to his final season at Ferrari after failing to secure a place in the top ten for the Austrian Grand Prix.

The four-time F1 champion put in a scruffy last flying lap during Q2 and will begin Sunday’s race a disappointing 11th on the grid in Spielberg.

AlphaTauri pair Pierre Gasly and Daniil Kvyat will start in 12th and 13th respectively, just ahead of Esteban Ocon, who’s taking part in his first Grand Prix weekend for more than 500 days.

Valtteri Bottas will start the Austrian Grand Prix on pole for the third time in four years after edging out Mercedes team-mate Lewis Hamilton with a circuit-record lap time at the Red Bull Ring.

The Silver Arrows, racing in black this season to support the Black Lives Matter movement, will be desperate for a repeat of last year’s opening race success – albeit with that having taken place thousands of miles away in Austria.

Max Verstappen, victor in Spielberg for the past two years, will start Sunday’s race on the second row, alongside McLaren driver Lando Norris.

staronline@reachplc.com (Ollie Salt) Anthony Joshua insists he has no interest in entering the dating scene anytime soon because he is “married to boxing”. The unified world...
Read more