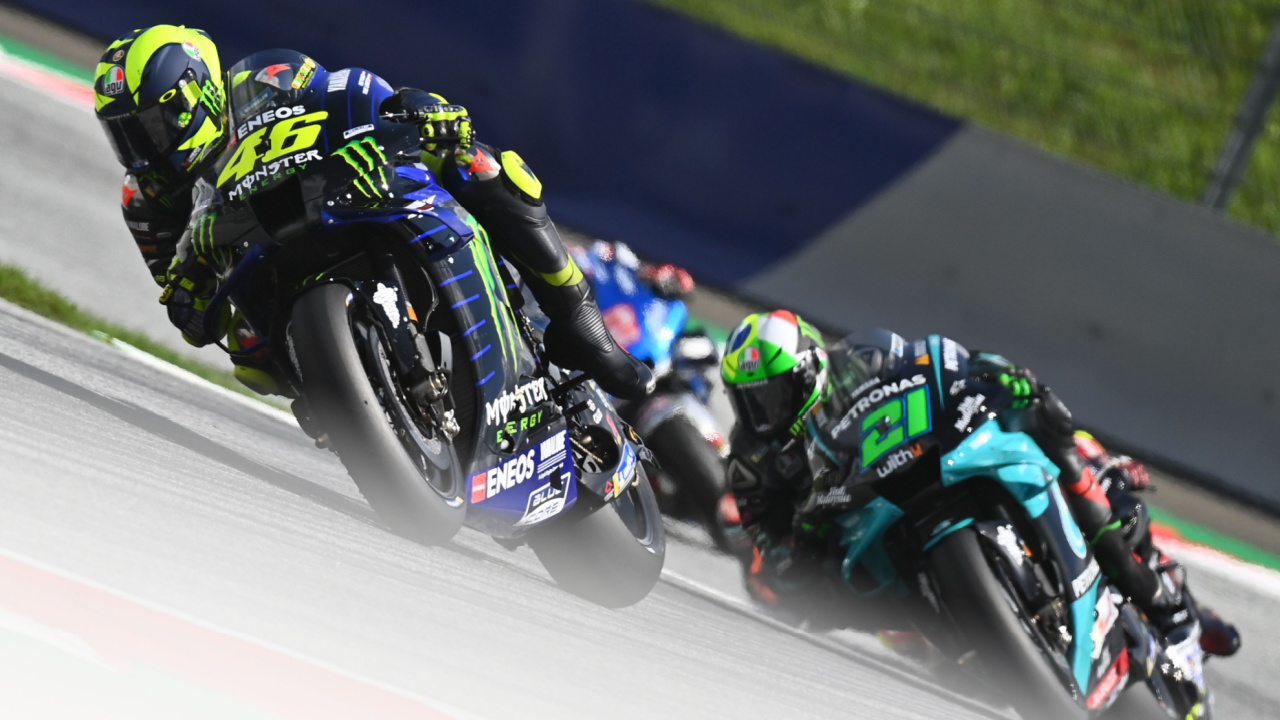 Seven-time MotoGP champion Valentino Rossi is happy to be alive after he was nearly struck by two stray bikes in a terrifying accident at the Austrian Grand Prix on Sunday.

Drivers Franco Morbidelli and Johann Zarco collided at high speed, knocking both riders from their bikes and sending their vehicles hurtling across the track. Rossi barely avoided getting hit by their vehicles.

MORE: Jimmy Butler is charging players $ 20 for a cup of coffee in NBA bubble

This photo shows just how close one of the rogue bikes was to Rossi and how he narrowly avoided being struck.

And here is another look from Rossi’s perspective.

Rossi was visibly shaken after the race.

Thankfully, all of the drivers survived the scary crash.