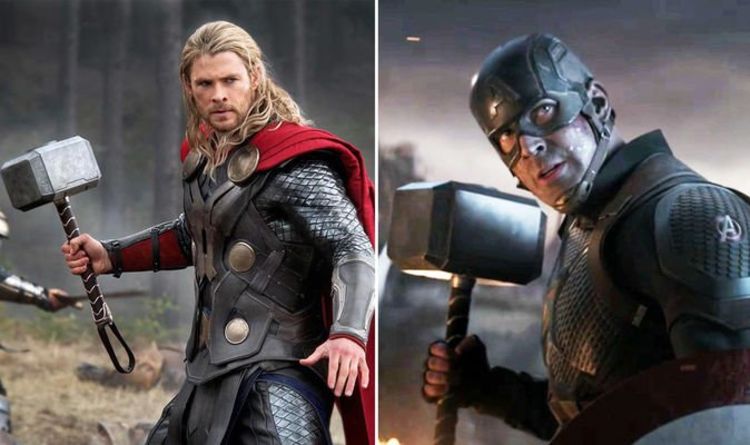 Thor has had a complicated relationship with his hammer Mjölnir across the MCU movies. And now a popular new fan theory argues that the Asgardian weapon is actually Thor’s power dampener. Reddit user brownpanther_333 even argues that it stores his strength within itself.

The fan argued that Odin knew his powerful son was too brash and irresponsible, so needed to learn wisdom.

The theorist wrote: “He couldn’t trust his son to handle all that power responsibly.

“He already had failed to guide his daughter onto the right path.

“He had to take drastic measures, so he tasked the dwarfs with creating a power dampener disguised as a weapon.”

Always intending for Stormbreaker to be the true weapon for Thor, Mjölnir was merely a training weapon as his character grew in character.

The fan continued: “However, millennia passed and Thor remained brash and so Stormbreaker remained uncrafted.

“Finally Odin decided to teach him humility and used Mjölnir’s power-draining and storing ability to strip Thor of his powers and store it in Mjölnir.

“This way whoever could lift the hammer would receive the strength of Thor from the hammer.”

The theorist added: “Maybe Thor finally understood it as well, which is why he insisted Captain America wield Mjölnir.”

At the end of Endgame, Captain America returned Thor’s hammer to alternate 2013 where it had been borrowed from.

Now while Mjölnir was still destroyed at the hands of Hela in Thor Ragnarok, the Asgardian weapon is back somehow in the upcoming Thor: Love and Thunder.