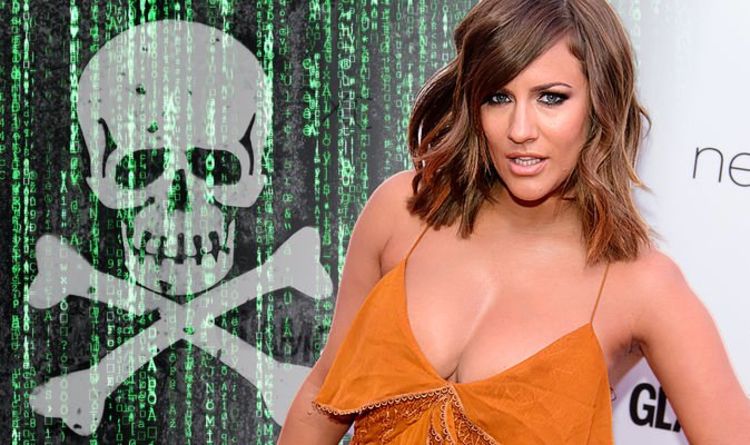 Caroline Flack has topped the annual list of the most dangerous celebrities online, according to anti-virus firm McAfee. The latest list is the thirteenth compiled by McAfee. For anyone that’s curious, television megastar Kim Kardashian topped the list last time around.

Kardashian has since fallen to 26th spot on the list. With the success of Love Island likely contributing to the skyrocketing risks around Flack.

Caroline Flack’s rise to fame over the last four years as the host of Love Island – not to mention her infamous love life – have made her a prime target for cybercriminals looking to cash-in on online users searching for the latest gossip, news and pictures of the celebrity host, even if it means visiting potentially risky websites.

As such, Caroline Flack is now the most likely celebrity that will potentially expose fans to malicious websites and viruses.

Trailing behind Caroline Flack in the second spot is Game of Thrones star Maisie Williams, who plays Arya Stark. The breakout star (who was responsible for slaying the Night King, no less) likely benefited from the huge viewing figures around the final season of the fantasy show.

Behind Flack and Williams, expat and Gavin and Stacey creator James Corden ranks in Bronze Medal position. Making up the remaining top ten are musicians Nicki Minaj (No.4) and music sensation Billie Eilish (No.5), the voice of Olaf in Frozen, Josh Gad (No.6), actor Mischa Barton (No.7), singers Sam Smith (No.8) and Dua Lipa (No.9) and finally actor Liam Hemsworth (No.10).

As readers hunt out the latest tidbits and gossip around their favourite celebrities, they’re interacting with content across multiple devices and conducting potentially dangerous searches across the internet – often without thinking of the consequences.

For cybercriminals, this creates a field day to lure unsuspecting consumers to malicious websites that may install malware or steal personal information and passwords.

“Caroline Flack has cemented herself as one of TV’s most sought-after hosts,” explained Raj Samani, chief scientist and McAfee fellow “After another year of Love Island dominating headlines in the UK, I’m not surprised she has topped this years’ list. People want to keep up to date with the latest pop culture and celebrity news at any time from any device.

“Often consumers put that speed and convenience over security by clicking on suspicious links that promise content featuring our favourite celebrities. Consumers need to think before they click to be sure that they are surfing to safe digital content and protecting themselves from cybersecurity threats that may be used to infect their devices or steal their identity.”

Unlike 2018’s list of most dangerous celebrities, reality TV stars ranked low on this year’s list being replaced with musicians and actors predominantly. Kim Kardashian is the highest ranked reality star at No. 26 followed by “Ru Paul’s Drag Race” host Ru Paul (No.30), Kendall Jenner (No.92) followed by other Kardashian family members Kourtney Kardashian (No.124) who has dropped from third place last year, Kris (No.151) and finally Kylie (No.174).

McAfee offers a few tips so customers can keep safe while searching for news around their favourite celebrities.

First up, McAfee warns to be careful what you click. For example, users hoping for a sneak-peek of Frozen 2 starring Josh Gad should be cautious and only stream and download directly from a reliable source. The safest thing to do is to wait for the official release instead of visiting a third-party website that could contain malware.

As always, users are cautioned against using illegal streaming sites.

Unsurprisingly, the final tip from McAfee is to sign yourself to its virus protection plan.