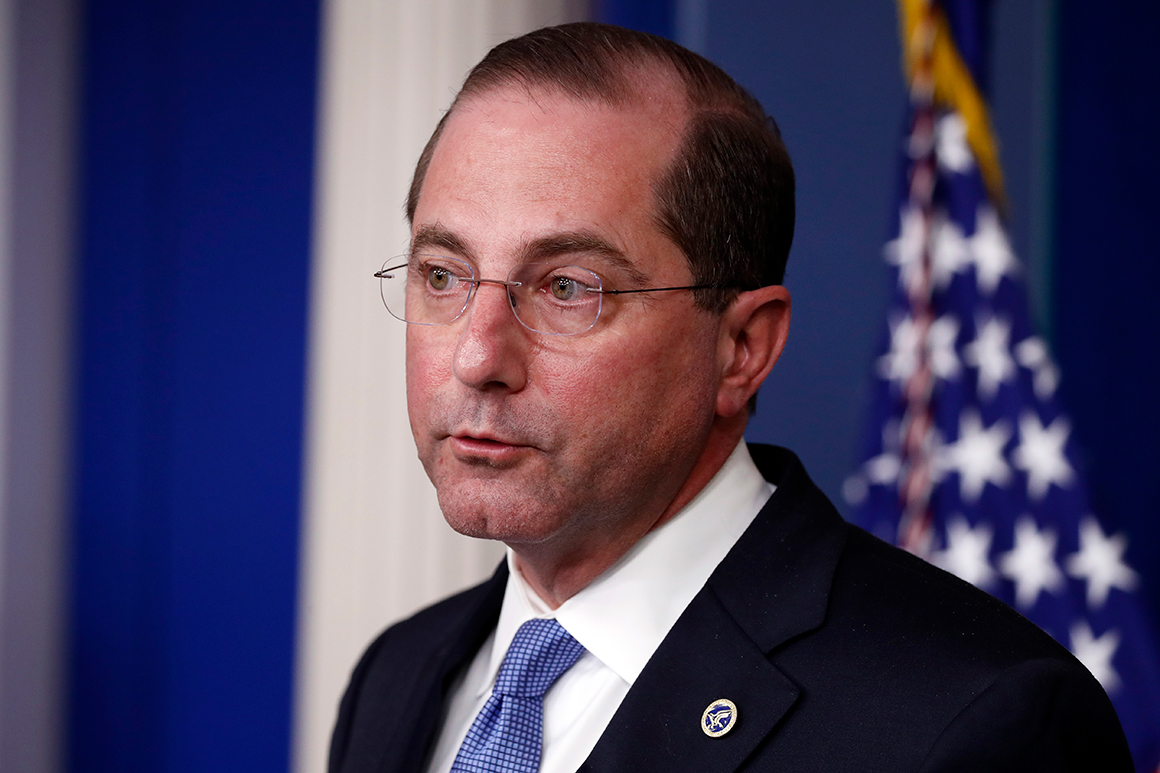 Azar, who had been largely absent from the public eye since appearing on multiple Sunday morning TV shows on March 1, also weighed in on “Operation Warp Speed” — the White House’s recently unveiled effort to speed up development of a coronavirus vaccine.

“These drug companies and vaccine-makers, they all said it’s going to take this amount of time because they’re using their traditional approaches,” Azar said. “Well, the president said that’s not acceptable. So what we’re doing is wringing the inefficiency out of the development process to make the development side faster to get to safe and effective vaccines.”

The HHS secretary said research groups and drug companies had about 100 vaccine candidates originally and that they’ve since narrowed it down to the 14 most promising. “And we’re going to keep narrowing that down to maybe four or five, six, that we really place the big financial bets behind and drive on,” he added.

Pressed by CBS host Margaret Brennan, however, Azar declined to guarantee President Donald Trump’s stated goal of hundreds of millions of vaccines by the end of 2020. All of the vaccines are still being developed and tested, and scientists can’t guarantee they will be safe, effective and broadly available on Trump’s aggressive timeline.

In a separate interview Sunday on CNN’s “State of the Union,” Azar referred to a vaccine as only one part of a “multifactorial response program” to the coronavirus.

“First is the testing we talked about before, broad surveillance to find cases, surge in and contain. Also, therapeutics,” he told host Jake Tapper. “From that, we deliver a vaccine. It’s a multifactorial approach that will help us get the disease burden down and use traditional public health tools so we have our weddings, so we visit our grandparents, so we resume normal life at school and work.”