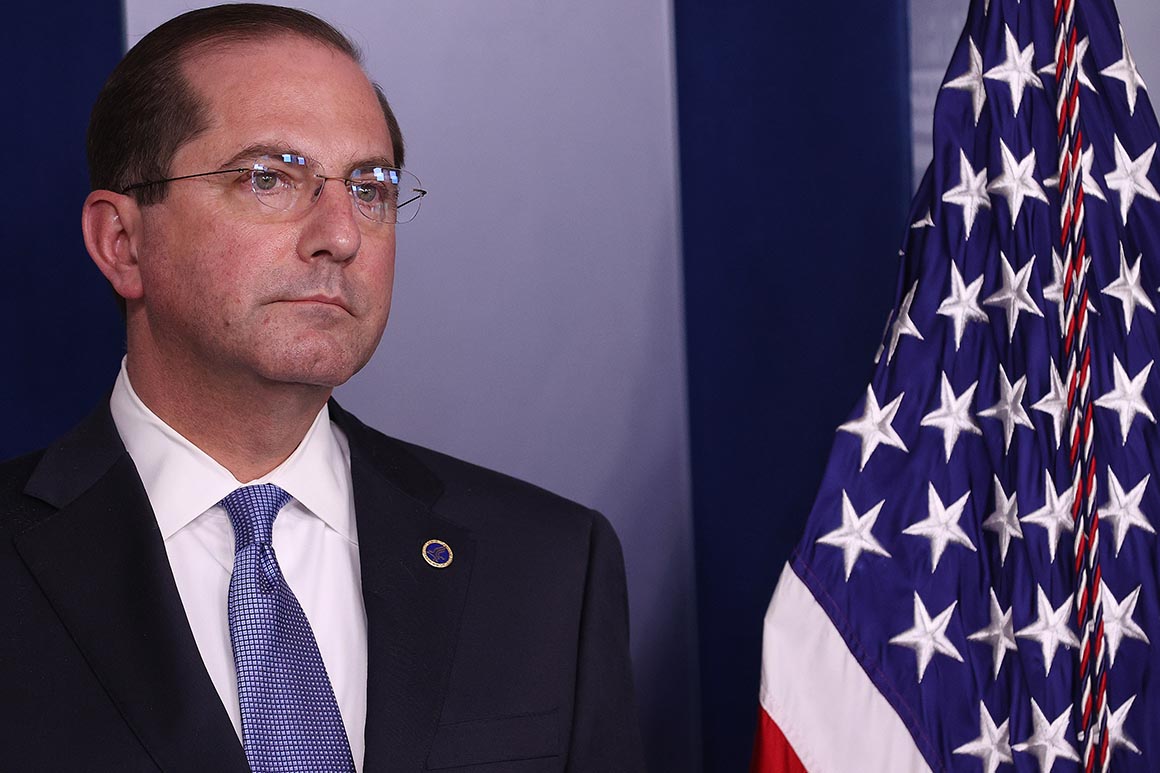 Azar emphasized the need to keep the plants open, according to the three people on the call. He also theorized that workers were largely not becoming infected at the meatpacking plants, and were instead contracting the coronavirus from their communities.

Azar noted in particular that many meatpacking workers live in congregate housing, allowing that more testing at facilities would help but that the bigger issue was employees’ home environments. One possible solution was to send more law enforcement to those communities to better enforce social distancing rules, he added, according to two of the lawmakers on the call.

“Law enforcement is not going to solve the problem,” Kuster said. “It was so far off base.”

An HHS spokesperson declined to offer any evidence supporting Azar’s assertions and said the department doesn’t comment on specifics of conversations with members of Congress, but contended that “this is an inaccurate representation of Secretary’s Azar’s comments during the discussion.”

A spokesperson for Roberts did not respond to multiple requests for comment.

At least 6,500 meatpacking plant employees have contracted Covid-19 so far, raising concerns about the conditions for a mostly low-income workforce that’s made up predominantly of racial minorities and immigrants. Some 44 percent of meatpackers are Latino and 25 percent are African American, according to an analysis by the Center for Economic and Policy Research. The League of United Latin American Citizens estimates 80 percent of those working in meat processing plants are undocumented or refugees.

The outbreaks have driven a spike in cases across rural areas in the Midwest and in Georgia, where state officials say the close quarters inside the plants — where hundreds of employees often work elbow-to-elbow — have exacerbated the virus’ spread.

52 days ago, President Trump vowed that widespread drive-thru coronavirus screening was finally coming. Now, the White House is declaring victory in the race for more testing.

That’s also contributed to a larger nationwide trend of the coronavirus disproportionately affecting people of color. Generations of health disparities contributing to chronic conditions, low rates of insurance coverage and exposure to occupational hazards have made the pandemic worse for black and Latino Americans, public health experts say, who represent a far greater percentage of hospitalizations and deaths compared to their share of the population.

On Tuesday, the Iowa Department of Health confirmed outbreaks in four separate plants — including a Tyson Foods factory where 58 percent of workers had tested positive for Covid-19.