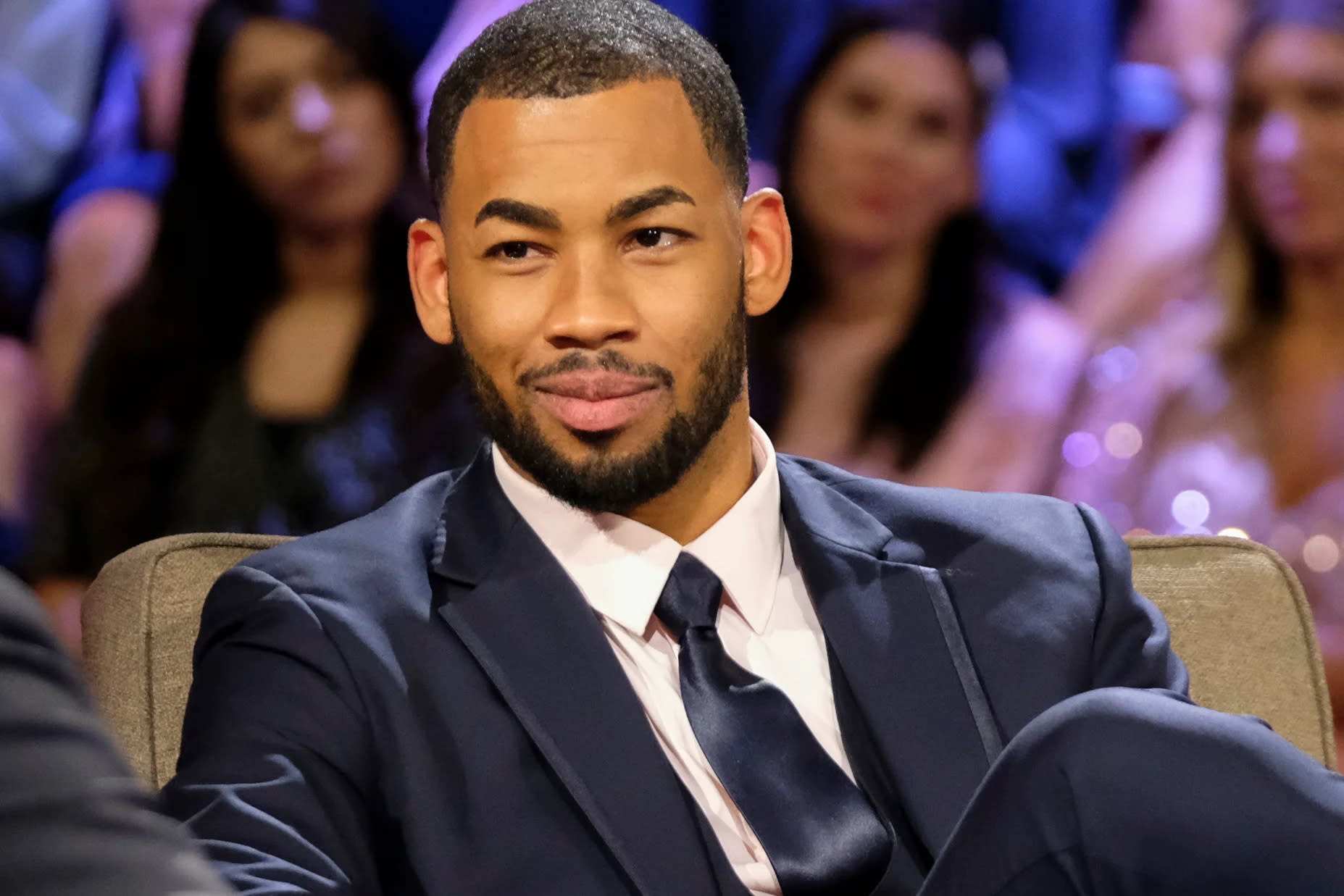 The Bachelorette star Mike Johnson is opening up like never before. Johnson was a fan-favorite on Hannah Brown’s season of the ABC reality dating show and again on Bachelor in Paradise as viewers fell in love with his kind heart and positive attitude. But with the release of his debut book Making the Love You Want, Johnson tells Yahoo Entertainment fans will be “surprised” to learn about all he’s overcome in his life.

One of the more personal issues Johnson discusses is “sexual trauma” he experienced at a young age. When he was five, he was sexually assaulted by his babysitter.

“My memories of fighting her off me and exploding out the front door to get away are still vivid,” Johnson writes. “Afterward, I wondered about my sexuality and masculinity. For years I questioned myself: Why would I fight her off if I’m attracted to women? It was emotionally and mentally catastrophic to me. I never told my mom or anyone else what happened. For some reason, I felt that a more masculine man would have handled the situation differently, no matter how young. Although I knew that what happened to me should never happen to any child, I couldn’t help but think something was wrong with me.”

“She took her clothes off while we were playing hide-and-seek and grabbed me, then chased me as I ran. I got away. But the emotional effects were devastating, and a displaced sense of shame stayed with me into adulthood,” he writes. “Trauma research shows that this is a common effect of childhood sexual abuse — because children see the world around them as undivided from themselves, they internalize shame that belongs to others. They grow up feeling that there is something terribly wrong with them, no matter what else they do. The shame, trust issues and damage to our ability to create healthy boundaries can last a lifetime.”

Johnson reveals to Yahoo he only recently told his mother about the incident ahead of the self-help book’s release.

“Finally for the first time — we had a long conversation about things in my life that have happened to me,” he explains. “From the babysitter she entrusted to things that I’ve done… that will probably make her feel embarrassed in front of some of her colleagues.”

But always the optimist, Johnson says their “hard conversation” brought them closer together.

“It was a beautiful conversation with my mom because when you have an honest conversation like I did, you actually become closer. Your bond grows stronger because my mom knows I’m a real human being,” he reflects. “There might have been stupid things that I’ve done, but I have grown and learned from those and love myself even more now.”

While it takes time for emotional and psychological wounds to heal, Johnson notes that “self-love” has been key. Johnson, a veteran of the United States Air Force, hopes his personal journey will inspire readers to rewrite any stories that have been holding them back.

“This is a book that is a toolkit to be utilized in your every day life,” he adds. “Whenever you need a pick me up or you need a boost to make it to the next level in your life.”

Making the Love You Want is available now on Amazon.