'Back of the line!' – Readers savage Brussels as they demand PM sign US trade deal in poll 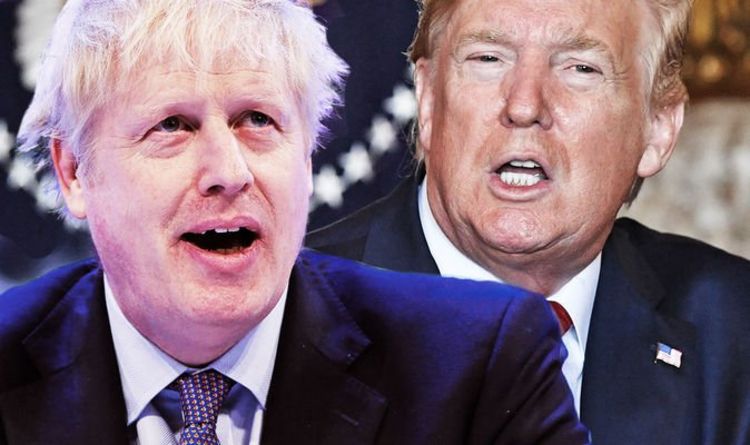 With Britain out of the trade bloc, Mr Johnson will be able to sign the UK up to trade deals with countries across the globe. In light of that future, we asked our readers the question, ‘Which country/countries should Boris Johnson secure a trade deal with first?’.

In the poll, we gave the readers eight countries to choose from and in overwhelming fashion, they insisted Mr Johnson should agree a trade deal with the US first.

China received 187 votes while New Zealand only totalled 183 closely followed by Canada with 160.

India and Japan received 91 and 100 respectively while 67 people voted ‘other’ and a further 72 said they did not know.

Commenting on the poll, readers were quick to state their desire for the UK to sign up to a trade deal with Donald Trump while also pushing the EU to the back of the line.

One person wrote: “All of them, in parallel, but not including the EU, they must be at the back of the queue.”

Another wrote: “Why restrict ourselves, start trade talks with all of them except the EU – they can come to us.”

A third wrote: “A quick deal with the USA would really shake the EU and give the world a statement of intent.”

Commenting on the rumour of a future deal, one reader also wrote: “We need a fair trade deal with America, now the left-wing conspiracy theory about Trump wanting to take over the NHS has been debunked!

“The EU is in a slow death spiral, Germany is decaying, France is dying and Italy is dead, the Euro is built on a mountain of debts that are ever-increasing and the ECB can’t print money fast enough.

“This is the reason that America is a more attractive trade deal!”

In order to lay the groundwork for a future deal with the US, Mr Johnson is expected to travel to America in February.

The Prime Minister will travel as “a sign of the renewed relationship” and could even be given the honour of addressing both houses of the United States Congress.

Moreover, the US ambassador to the UK, Woody Johnson has admitted his country is ready to work “day and night” to negotiate an agreement.

During an interview with LBC, Mr Johnson also backtracked on previous comments about the US’ desire to access the NHS.