Bad Boys 3 release date USA, UK and Canada: When is Bad Boys for Life out? 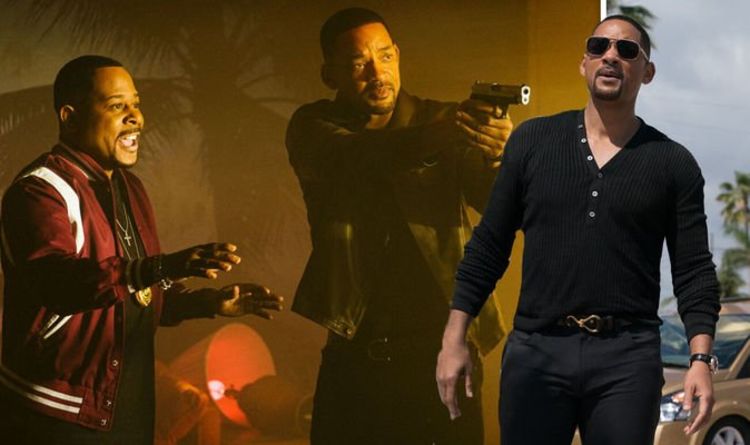 Will Smith and Martin Lawrence have reunited for more action comedy. The pair star as two cops, Mike and Marcus, who have, inevitably, aged since Bad Boys II, and are beginning to feel like they may be losing touch compared to their younger counterparts. But when a boss with an axe to grind decides t get his own back, the pair are forced to abandon retirement plans.

When is Bad Boys For Life released in the UK, USA and Canada?

Fans of the Bad Boys franchise will not need to wait for very long before they can see their boys in action.

The film had its world premiere only at the beginning of the year, on January 7 in Berlin.

Following this, the movie will be premiered to USA fans on January 14, meaning there will be some fans based in LA who will get a sneak preview of all the action before it official arrives in cinemas.

From there, the UK, USA and Canada will see the movie released on January 17.

For a while, the movie was expected to be released a week later, however most territories have seen it moved to January 17, for reasons which are not entirely clear.

Who is in the cast of Bad Boys For Life?

Bad Boys For Life will star Will Smith and Martin Lawrence, as before, as the buddy cops Mike Lowrey and Marcus Burnett.

In this movie, part of their role will be to manage a group of young, new cops, which include Vanessa Hudgens, Alexander Ludwig and Charles Melton as Kelley, Dorn and Rafe.

Also in the cast is Paolo Nunez as Rita, Kate de Castillo as Isabel, Nicky Jam as Zway-Lo and Joe Pantoliano as Captain Conrad Howard, who has appeared in all of the movies.

Theresa Randle is back as Theresa, Marcus’ wife, Massi Furlan is Lee Taglin and DJ Khaled has a small role as Manny the Butcher.

The big villain of the piece is Armando Armas Tapia, played by Jacob Scipio, who is back for revenge on Marcus after he killed Johnny Tapia, Armando’s brother.

Will there be a Bad Boys 4?

At present, it is unclear whether there will be a fourth Bad Boys movie, though clearly some cast members were happy to return for the third instalment.

Originally, when the third Bad Boys movie was announced, Michael Bay was slated to direct it along with a fourth film, having directed the first two.

This was back in 2008, and by 2017, the movie and its fourth instalment had been removed from the Sony Pictures slate, meaning it looked as though it would not be happening.

However, in February 2018, it was reported Belgian directors Adill El Arbi and Bilall Fallah would be directing the movie, with Smith and Lawrence reprising their roles, and the movie was eventually filmed from January to June 2019.

Due to the confusion around the its release, it seems there is not the appetite in Hollywood for a fourth Bad Boys, though a lot of that will depend on how this film is received.

Bad Boys For Life is out on January 17