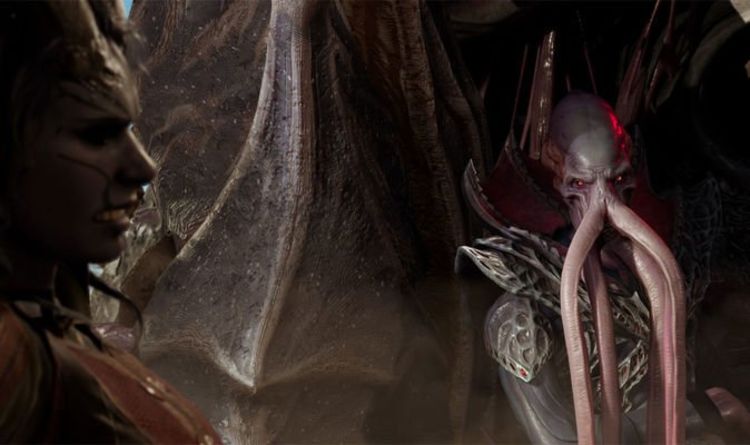 Fans have had to wait a long time for Baldur’s Gate 3 and it looks like plenty are gearing up to the game in early access. While not the full experience, it will give fans the chance to “shape” the BG3 experience across Steam, GOG, Mac and Google Stadia. And the wait is almost over to experience the next game in the exciting Baldur’s Gate gaming series.

Larian Studios has confirmed that the early access Baldur’s Gate 3 release time has been set for 6pm BST on Tuesday, October 6, 2020.

And the good news is that everyone will be able to join in at the same time, regardless of chosen platform.

As confirmed earlier this week by Larian, Mac gamers will be able to join in on the action alongside gamers on Steam, GOG and Google Stadia.

The only downside is that there will be no preload available, meaning you will have to wait a little while.

We say that because the BG3 download is over 149GB and that’s quite a chunk of downloading for most gamers to go through.

For gamers in the United States, the BG3 release time has been set for 10am PDT on the same day.

Due to the size of the game and the nature of an early access launch, we wouldn’t be surprised if there are a few hiccups with servers when things start to get going.

One solid way around these issues is to use Google Stadia to play BG3, as you can avoid the big downloads and get involved straight away.

Larian have confirmed that when you do start your adventures, you’ll be able to choose your race, subrace, background and class. In certain cases you also get to choose a subclass, perhaps a deity.

And the good news is that these choices will ripple out across the story, affecting how you roleplay throughout the game.

Here’s more from Larian, who confirmed in a new blog post this week: “You’ll assign points to your 6 abilities (Strength, Dexterity, Constitution, Intelligence, Wisdom and Charisma).