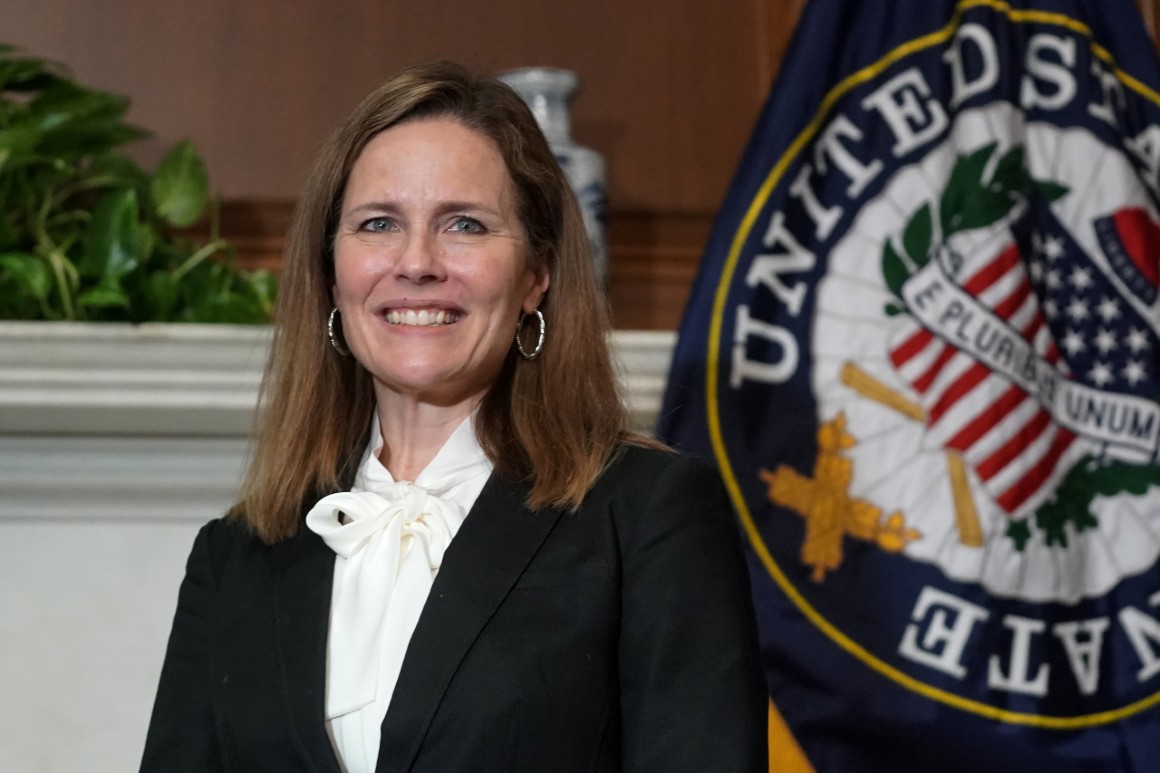 In an expertly bland four-page statement, Barrett did not mention her religion, her conservative credentials or what her nomination meant for the balance of the Supreme Court.

Democrats are waging a battle against the process to fill the seat left vacant by Ginsburg’s death on Sept. 18 and argue that the winner of the Nov. 3 election should choose the next justice. In this week’s confirmation hearings, Democrats are expected to focus on the Affordable Care Act and abortion. Prior to becoming a federal judge, Barrett criticized Chief Justice John Roberts’ vote to uphold the Affordable Care Act.

In her statement, Barrett reiterated her admiration for Justice Antonin Scalia, whom she clerked for, and discussed how she did not want her career path to overwhelm her personal life. Barrett has been married for more than 20 years and is the mother of seven children.

Barrett emphasized, “Courts have a vital responsibility to enforce the rule of law, which is critical to a free society.”

But she added: “Courts are not designed to solve every problem or right every wrong in our public life.The policy decisions and value judgments of government must be made by the political branches elected by and accountable to the People. The public should not expect courts to do so, and courts should not try.”

The hearings are set to begin Monday, where senators will give their opening remarks. Senate Judiciary Committee Chairman Lindsey Graham (R-S.C.), who has already said Barrett will be confirmed to the high court, faces an intense challenge to re-election this year.

The White House and Senate Republicans are aiming to confirm Barrett before the election, and the Senate Judiciary Committee is expected to vote her out of Committee on Oct. 22.

Barrett, in conclusion, thanked Americans who have offered support for her.

“ I believe in the power of prayer, and it has been uplifting to hear that so many people are praying for me,” she said.

Senate Minority Leader Chuck Schumer (D-N.Y.) said Sunday that Barrett’s opening statement did “nothing” to alleviate Democratic concerns about her nomination and called on her to recuse herself from cases involving the Affordable Care Act or the upcoming election. President Donald Trump has said he needs nine justices on the court in the event of a contested election.

“Given Judge Barrett’s conflicts of interest she should recuse herself,” Schumer said.

Barrett so far has given no indication she would recuse herself from those cases, and Senate Republicans have rejected those calls.