Baseball Stadiums May Be Empty, But You Can Still Hear The Crowds 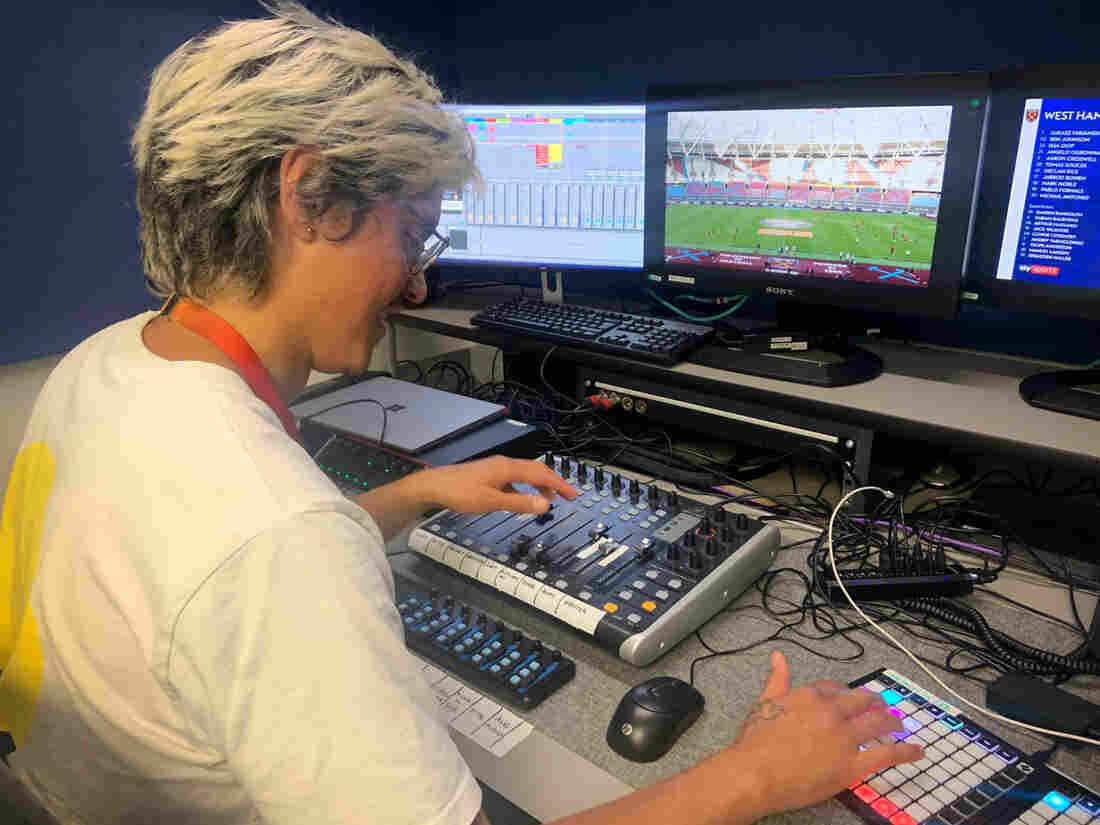 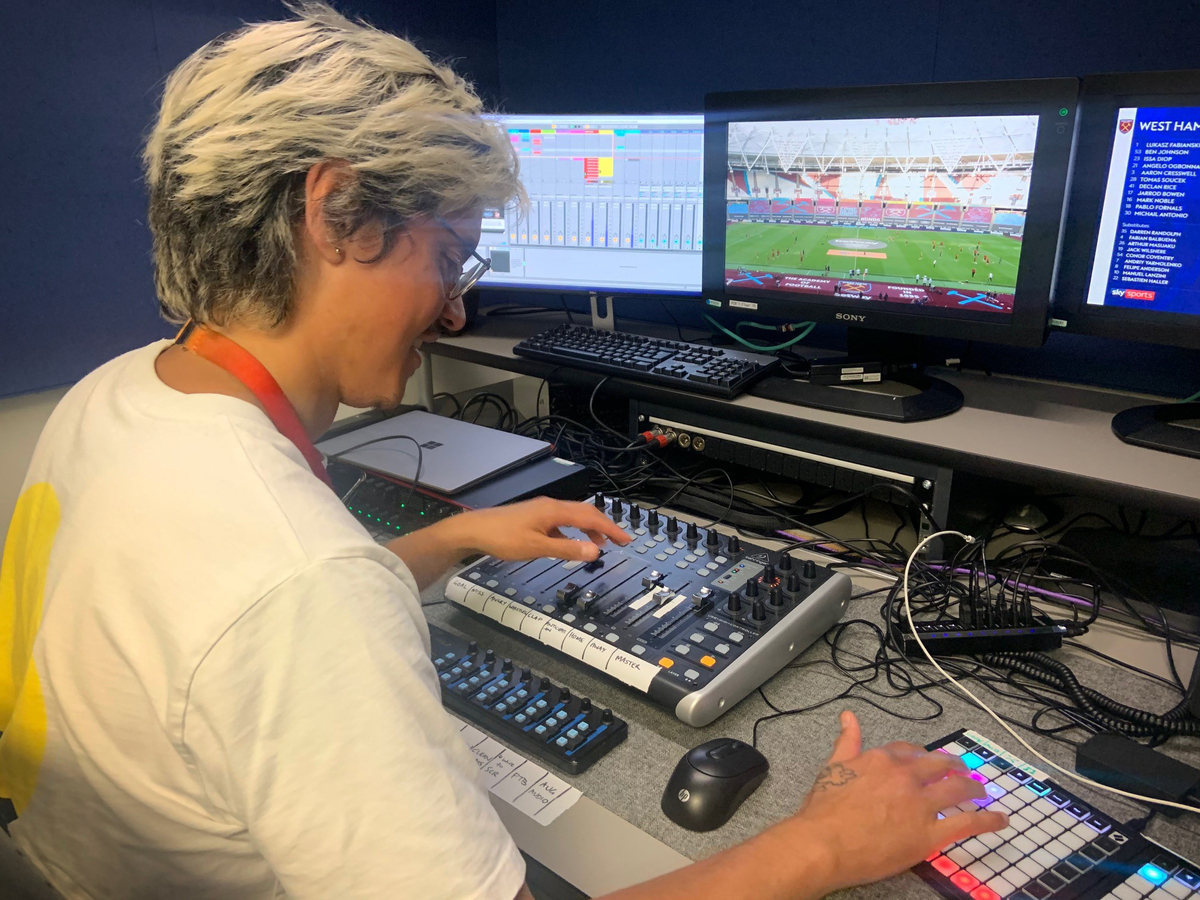 When Major League Baseball launches its shortened, COVID-delayed season on Thursday, there will be no fans in the stands. But it will sound like there are.

All 30 teams will be piping recorded sounds of fans into the ballparks, which means you’ll hear those crowd sounds in broadcasts of the games, too. MLB is also launching an interactive website feature called “Cheer at the Ballpark” that will allow fans to cheer, clap or boo virtually, from home. The idea is that audio engineers at the ballparks can then adjust the recorded crowd sounds to reflect the fans’ reactions.

Soccer leagues have been adding recorded crowd sounds to their broadcasts for months and now, baseball is following their lead.

Germany’s Bundesliga was the first to do so in May when that league resumed play. Fan sound wasn’t pumped into the stadiums, so players and coaches didn’t hear it; it was mixed in to broadcast feeds for viewers and listeners at home.

So how exactly do they do it? We got a glimpse behind the scenes courtesy of Adam Peri, sound supervisor with the broadcaster Sky UK, who has his fingers on the pulse of Premier League matches.

During the broadcast, Peri sits alone in a tiny booth at Sky studios in London. He’s the one responsible for punching crowd sounds into the feed.

In front of him he has a technicolor console loaded with a smorgasbord of audio clips for each team: dozens of chants — scrubbed of any offensive language– cheers, boos, whistles and more, in varying levels of intensity.

Next to that is Peri’s mixing board, with faders labeled “goal,” “miss,” “anticipation” and “angry.”

He watches the match with hands poised above the buttons, so he can respond immediately to the action.

“I am trying to anticipate what a player might do next,” Peri says, “and in a way I guess I’m reading their mind.”

His role is part clairvoyant, part DJ and part conductor: “We’re conducting our orchestra of sound effects,” he says.

On this night, Peri is orchestrating the crowd sound for a match pitting home team West Ham against Watford.

“Just making sure West Ham chants are nice and loud,” he says as his fingers ride the faders on his mixing console.

When he sees a West Ham player get pushed, Peri clicks on the button marked with a frowny face.

“Giving it a bit of a boo,” he says. “Home fans wouldn’t have liked that.”

When another push comes, a mild one, Peri muses, “I’m just gonna trickle in a bit of whistles.”

And when a player misses a shot on goal, Peri is all over it, instantly dropping in a chorus of groans.

“Oh, good miss,” he says. “And I got the sound right. I’m chuffed with that. If I’ve done anything good today, that was it.”

The trick, Peri says, is that you’ve got to think ahead, put yourself on that field, and imagine what could happen before it does, so you can react in a flash as a fan would.

“When you really get into the zone, you’re living and breathing the game, feeling confident enough to use any sound that is available to you to help tell the story,” he says.

The crowd sounds that Sky UK uses for Premier League matches are all authentic, recorded at actual soccer matches from the Before Times.

The audio clips are supplied by EA Sports, the video game manufacturer, which uses them in its FIFA video game.

“I don’t think this was expected to be a replacement for the real crowd audio,” says EA Sports sound designer Paul Boechler. “This is only meant to be better than no crowd at all.”

There’s motivational applause that grows and swells around the stadium, sarcastic cheers for an unforced error, derisive whistles for a despised player, and a tidal wave of boos, especially useful when a referee awards a penalty kick to the visiting team.

But if you’re listening to broadcasts of Spain’s professional soccer league, La Liga, you’re not going to hear boos or jeers.

“The Premier League is doing negative reactions,” Boechler says, “but La Liga is actually not. La Liga is going with a much more positive reaction focus overall.”

None of this is normal, Evers points out. Using recorded fan sound is just the best solution for abnormal times, “but ultimately it’s not the same,” he says. “We want to get real fans back in the stands as soon as possible.”

When Major League Soccer launched its fanless season this month, Fox Sports and Univision/TUDN opted to add recorded crowd sound to their broadcasts.

“It brings life to the game. We really like it,” says Miguel Angel Garcia, TUDN senior vice president for live events. “We don’t know when fans will be allowed back to the stadiums. Right now, the situation that we’re going through, it’s just part of what we can add to make sure the audience has a better experience.”

ESPN has gone the other way: The network isn’t adding any pre-recorded fan sound to its MLS matches. Instead, ESPN is enhancing its audio with an array of microphones around the field and on the benches to more closely capture the sounds of the game. You can clearly hear the grunts of players, exhortations (and expectorations) of coaches, crunch of collisions.

It may not have the audio pizzazz you get from thousands of virtual fans chanting and booing. But it’s real. Intimate. And to this listener, in these troubled and distanced times, that feels wonderful.

staronline@reachplc.com (Berny Torre) Pet tortoises are being eaten alive by armies of starving rats driven "crazy" as they struggle to find food outside restaurants which...
Read more
World

The Democrat nominee for the 2020 US Presidential election appeared to misread the teleprompter during an interview. Mr Biden stated that he got to...
Read more