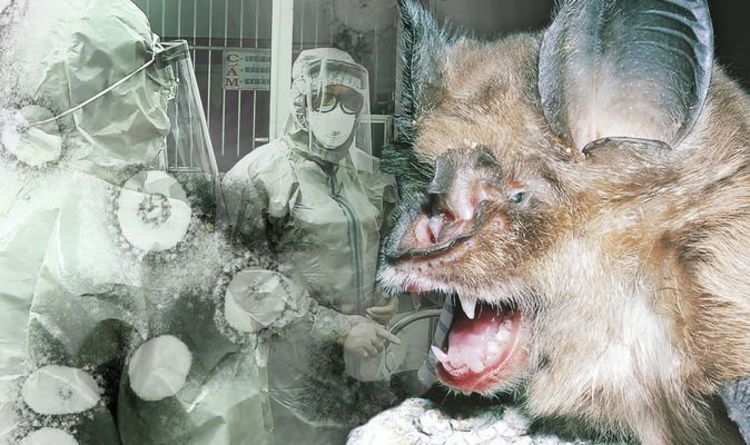 The report, entitled The possible origins of 2019-nCoV coronavirus, has seemingly been authored by Botao Xiao and Lei Xiao from South China University of Technology in Guangzhou. In it, they suggest the Wuhan Centre for Disease Control and Prevention (WCDCP), located just a few hundred yards from Huanan Seafood Market, where the first cases were confirmed at the end of last year, may in fact be where it originated.

They also point out another facility, Wuhan Institute of Virology, which was the subject of a story published by Express.co.uk last month, was also located in the city, which has been in lockdown ever since the start of the outbreak.

The report, published via ResearchGate, a European commercial social networking site for scientists, highlights the WCDCP, which is less than a quarter of a mile from the market as a possible source.

The facility is also opposite Union Hospital, where the first group of doctors were infected.

The authors detail one incident in which a worker at the WCDCP was “once attacked by bats and the blood of a bat was shot on his skin”.

They add: “He knew the extreme danger of the infection so he quarantined himself for 14 days.

“In another accident, he quarantined himself again because bats peed on him.”

They add: “It is plausible that the virus leaked around and some of them contaminated the initial patients in this epidemic, though solid proofs are needed in future study.”

Studies published in the scientific journal Nature this week suggested COVID-19 was very similar to a coronavirus identified in bats originally found in Yunnan or Zhejiang province, 600 miles from Wuhan.

In addition, contrary to early reports, “according to municipal reports and the testimonies of 31 residents and 28 visitors, the bat was never a food source in the city, and no bat was traded in the market”.

Significantly, in addition to the WCDCP, Wuhan Institute of Virology, which houses Wuhan National Biosafety Laboratory, is just eight miles from the seafood market.

The report adds: “This laboratory reported that the Chinese horseshoe bats were natural reservoirs for the severe acute respiratory syndrome coronavirus (SARS-CoV) which caused the 2002-3 pandemic.

“The principle investigator participated in a project which generated a chimeric virus using the SARS-CoV reverse genetics system, and reported the potential for human emergence.”

The authors conclude: “In addition to origins of natural recombination and intermediate host, the killer coronavirus probably originated from a laboratory in Wuhan.

“Safety level may need to be reinforced in high risk biohazardous laboratories.

“Regulations may be taken to relocate these laboratories far away from city centres and other densely populated places.”

Express.co.uk has contacted the study authors to ask them to elaborate on their findings, plus the World Health Organization (WHO) to ask if they were aware of the report.

Mainland China has reported a slight upturn in new coronavirus cases but a lower daily death toll than 24 hours earlier.