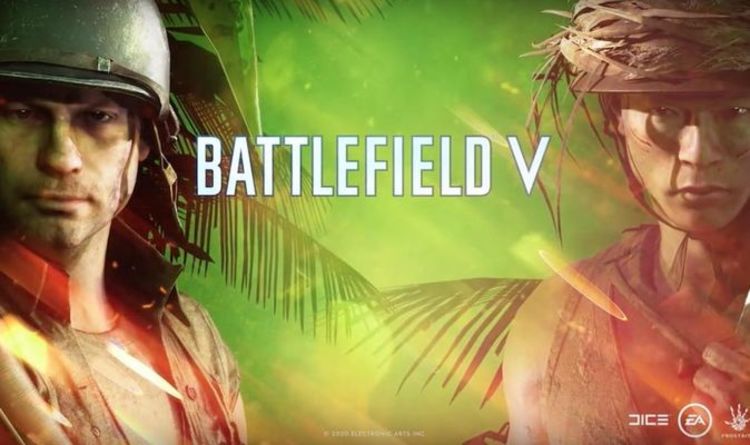 Battlefield 5 developer DICE has released a brand new update for the multiplayer shooter.

Battlefield 5 update 6.0 is out now on PS4, Xbox One and PC. You’ll need to download it if you want to play online and access the new Into the Jungle content.

However, while the update is out now, Chapter 6: Into the Jungle free DLC has a February 6 release date.

The new update lays the foundations for the next chapter, which introduces a new map, new items, new weapon and commanders.

As you can see from the patch notes below, the new Solomon Islands map is available on Conquest, Breakthrough, Squad Conquest, and Team Deathmatch.

“Deploy in this brand new Jungle environment that’s made by the original creators of Argonne Forest, and Operation Locker,” reads the official map description.

“Solomon Islands features plenty of intense choke points and deep flanking routes, all seamlessly connected by a winding river that runs throughout the length of the map.”

New weapons include the Type 11 LMG, the Model 37 Shotgun, and the M2 Carbine. The M1A1 Bazooka and Lunge Mine are also joining the game.

• Removed the impact of track disable on initial acceleration. This allows for tanks with disabled tracks to escape; however, medium and high speed performance are still heavily impacted.

• Increased the critical angle from 10 to 20 degrees to better match the visual feedback of having a good angle on an opponent. It was too difficult to tell if you were going to get a critical hit, this increases the margin.

• Increased the range of the AA and AT HMGs to match the coax.

• Fixed Panzer 4 AT round only having 4 shells.

• Mercury – Players spawning on tanks will no longer unintentionally end up on foot.

• Operation Underground – Fixed a rare bug that could stop the attacking team from spawning on Breakthrough.

• Outpost – The player no longer remains stuck if the tower is destroyed while the player plants it.

• Wake Island – Decreased the number of tanks to improve map balance on Breakthrough.

• Wake Island – Players will now be able to deploy even if their squad gets wiped during the last sector on Breakthrough, while playing as the US.