Bayonetta Vanquish: PS4 and Xbox One release date time and... 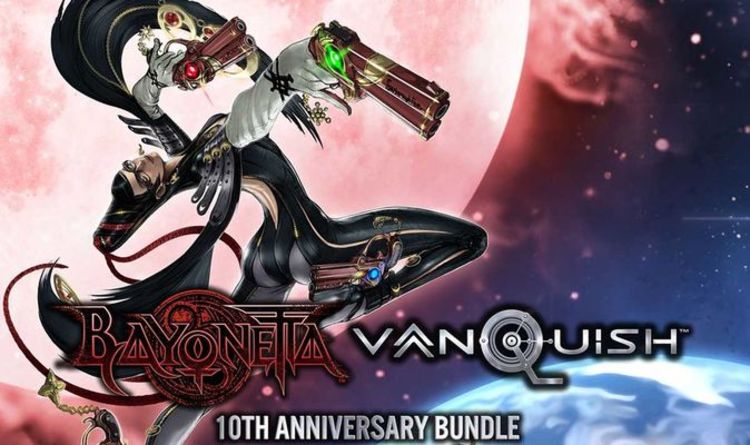 The Bayonetta and Vanquish 10th Anniversary Launch Bundle is arriving this week on PS4 and Xbox One. Fans have had to wait a long time to relive the original titles from PlatinumGames that launched on Xbox 360 and PS3. But this will all change relatively soon, with the new bundle going live on both platforms in the coming hours.

WHEN DOES BAYONETTA & VANQUISH BUNDLE RELEASE ON PS4 AND XBOX ONE?

The Bayonetta and Vanquish 10th Anniversary Launch Bundle has a release date set for Tuesday, February 18, 2020, on PS4 and Xbox One.

Both games will come with enhanced specs if you own a PS4 Pro or Xbox One X, with the official game description confirming support for 4K at 60fps.

Reviews have started coming in for the Bayonetta & Vanquish bundle and it appears it will scoring quite high on Metacritic.

And from what has been shared so far by the dual digital storefronts of Microsoft and Sony, Bayonetta & Vanquish will be unlocked relatively early on February 18.

The PlayStation Store lists the game going live at midnight EST, while the Microsoft Store states that it will be available to play at 11pm on February 17.

It’s unclear if these times have only been set for the United States and at the moment, we can’t be certain if they apply to the UK.

For example, the Microsoft Store also lists the bundle going live at 6pm today in the UK, although it’s unclear if this is accurate.

But even if they don’t, it looks like Bayonetta & Vanquish will be available to play in the morning of February 18.

Other buying options are available to fans, with SEGA announcing last year: “We know how special Bayonetta and Vanquish are to fans, and they’re an important part of SEGA’s history as well, so we wanted to go big for their 10th anniversary.

“That’s why we’re happy to announce that the physical release of the Bayonetta & Vanquish 10th Anniversary Bundle will come in an embossed SteelBook with brand-new cover art for both games produced by Weapons Van, supervised by Bayonetta director Hideki Kamiya and Sega.

“If you’re brand-new to either Bayonetta or Vanquish, you’re in for a treat. Bayonetta takes fast-paced third-person action to the extreme, pitting the unflappable Umbra Witch Bayonetta against hundreds of angelic foes with an arsenal of interchangeable weapons, powerful abilities, and mystical beasts summoned through her incredible hair.

“Meanwhile, Vanquish redefines the cover-based third-person shooting genre by introducing elements from action games and beat ‘em ups, a wide variety of weapons, and some of the craziest boss fights you’ll ever see, creating an entirely unique experience that shouldn’t be missed.

“We’re so excited to give even more players the opportunity to experience these classic action game gems, and we look forward to the deluge of new playthroughs, combo videos, and speedruns for both games!”