BBC bias to be tackled under major new shakeup from... 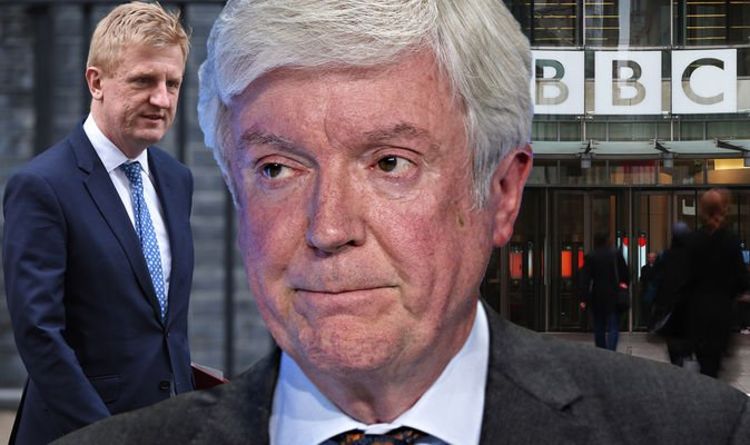 In a speech to be delivered at a media conference in London on Thursday, the new Culture Secretary, Oliver Dowden, will criticise the public broadcaster for providing a “narrow urban outlook” and failing to reflect the views of millions of British voters. He will also warn the corporation to be ready for a major overhaul, when a new chairman is installed next year. The Media and Telecoms 2020 and Beyond conference will be attended by the current director-general of the BBC, Lord Hall of Birkenhead.

According to the Daily Telegraph, the Culture Secretary is expected to say: “As a Conservative, I understand that for institutions to retain support and relevance, they have to change.

“In the coming years we will be taking a proper look at our public service broadcasting system and the BBC’s central role within it.”

He will ask: “Does the BBC truly reflect all of our nation and is it close to the British people?

“If we’re honest, some of our biggest institutions missed, or were slow to pick up, key political and social trends in recent years.

“The BBC needs to be closer to, and understand the perspectives of, the whole of the United Kingdom and avoid providing a narrow urban outlook.

“By this, I don’t just mean getting authentic and diverse voices on and off screen, although this is important… but also making sure there is genuine diversity of thought and experience.

“And this matters because if you don’t have that, you miss what’s important to people and you seem distant and disengaged.”

He will warn the BBC that it must protect “its unique selling point of impartiality in all of its output”.

JUST IN: ‘Have you been listening to the red wall?!’ Neil astounded by Starmer

The Government is currently discussing a number of proposals for the public broadcaster.

These include scrapping the licence fee and turning the BBC into a tiered subscription service.

This comes as the BBC director-general Tony Hall announced plans to launch a major initiative to engage with the public over programming in a desperate bid to retain audience share.

The Corporation is fighting to stop younger audiences deserting it in favour of streaming giants like Netflix, Amazon Prime Video and Spotify.

The director-general called his initiative “a big listening exercise”, that would involve events throughout the country.

He described the exercise as “one of the most significant pieces of public engagement the BBC has ever undertaken.”