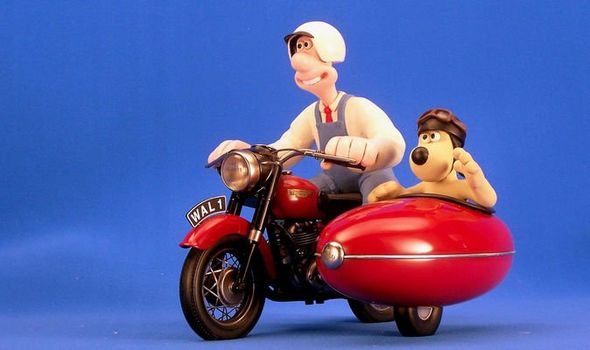 Last week the London Critics Circle presented the company with a special award to honour 30 years of its best-known creations, Wallace and Gromit.

And it was recently announced that Aardman is parting company with the BBC and moving to Netflix for its first musical, Robin Robin, a cartoon about a newly hatched robin raised by a family of mice.

It’s hard to believe now that the billion-dollar-grossing company that started out in the early 1970s making cartoon shorts on BBC TV has become an Oscar-winning giant among animators.

Jug-eared Wallace and his long-suffering canine sidekick are, of course, Britain’s best-loved Aardman characters, created by the shy yet gifted Nick Park. Aardman’s founders, Peter Lord and David Sproxton, had already enjoyed success with Morph but the young animator’s ground-breaking 24-minute film, A Grand Day Out, turned Wallace and Gromit into a global hit.

Laugh-out-loud funny, it was intrinsically British from the constant tea-drinking to the sweetly old-fashioned slang – “Crikey, Gromit!”

There was real adventure too as the pair rocketed to the Moon in search of their beloved cheese because, as Wallace reminded his pet: “Everybody knows the Moon’s made of cheese.”

“There is a timelessness and a ­nostalgic quality to the world that for half an hour hopefully takes ­audiences away from the trials and tribulations of everyday life.”

Critics agree. It won two Baftas and an Oscar nomination. Its follow-up The Wrong Trousers took the 1993 Oscar thanks to the evil penguin Feathers McGraw and a stunning train chase finale in the tradition of classic Tom and Jerry cartoons.

Sean says viewers also enjoy the skill of stop-motion clay animation “knowing the huge work and time that goes into making every pains-taking movement of the models” frame after frame. 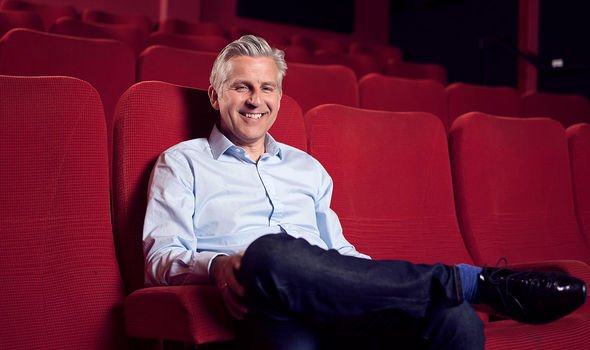 The British firm has pioneered stop-motion clay animation, the ­animated film-making technique where objects are physically moved in small increments, captured individually in photograph frames. When they are played back at speed, the inanimate objects spring into life .

Maybe it’s because most of us remember making wonky figures from strips of Plasticine as children.

And that is exactly how Aardman started, with a young Peter Lord moulding the modelling clay into shapes at the kitchen table. Then Peter’s schoolfriend David Sproxton borrowed his dad’s camera and the pair started making short films.

After experimenting with clay ­animation, the two sixth-formers found work on the BBC’s Vision On, a programme for deaf children.

The book Aardman, An Epic Journey – Lord and Sproxton’s behind-the-scenes history of theircompany, founded in 1972 in Bristol – reveals David’s less than impressed headmaster “told him to buckle down and find a steady job, assuring him that the media offered no reliable long-term work prospects”.

Vision On later became Take Hart with the late artist Tony Hart – and it would change the teenagers’ lives. Tasked with creating a comic foil for the presenter, they devised a terracotta ball which turned into a five inch-high man. His name was Morph. “He was funny and mischievous. It worked well,” said David. 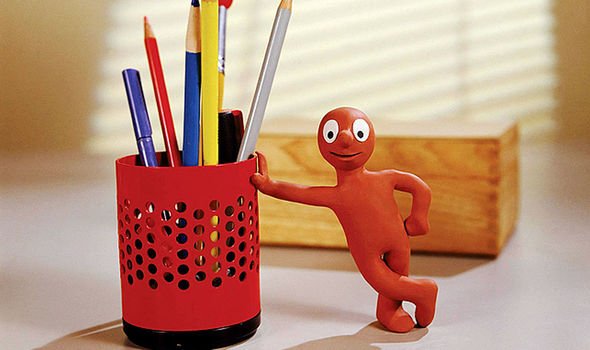 
Being made out of Plasticine meant he was “expressive”, unlike Zebedee and his friends on rival children’s stop-motion classic The Magic Roundabout.

Peter recalled: “If he was bored you knew it. The look on his face, the slump of his shoulders, the shape of his whole body.”

The character secured them a 26-episode series. But despite a Bafta award in 1981 and regular audiences of 13 million, Morph didn’t earn enough money – or a second series.

Luckily the 1980s arrived and Aardman had moved into adverts.

They made the butter man who sang “Spread a little creaminess” and the “Big Bad Dom” for bleach product Domestos, based on Jimmy Dean’s 1960 song Big Bad John. They also created Peter Gabriel’s award-winning video for his hit single Sledgehammer.

There were other projects too, but Wallace and Gromit were the game-changers. And the cause of a slightly bittersweet moment.

Nick Park, who joined Aardman in 1985, had spent 10 years on his beloved project A Grand Day Out but, when it was finally finished, another big Aardman hit happened to wow the critics in that same year, 1991 – Creature Comforts.

It had been the final story in a Channel 4 series. Recordings of real ­people chatting, complete with regional accents, pauses and mispronunciations, were put into the mouths of animated zoo animals bemoaning their lot. 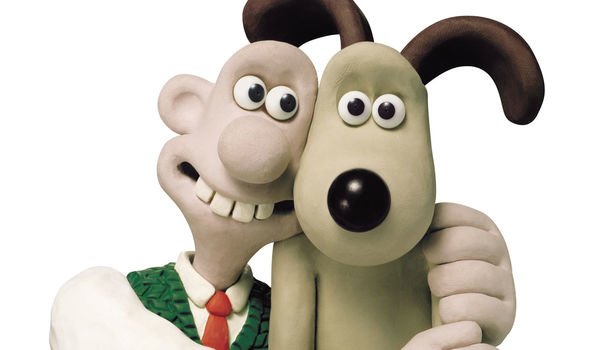 It was all Park’s genius, but inspired by an earlier Aardman project, titled Animated Conversations.

Nick later reflected: “A Grand Day Out was enjoyed, but it was completely overshadowed by Comforts.” Still, Comforts won the animator his first Oscar.

Sean says Creature Comforts is still treasured because of its humanity, as opposed to the slick finish of Hollywood cartoons.

“One of my favourites was Frank the tortoise who says it was lucky the heating was ‘turn on and off-able’. It wasn’t polished but a killer phrase that someone’s made up. You can’t write that stuff.”

Creature Comforts went on to form the backbone of a “Heat Electric” advertising campaign.

But the Hollywood years had just begun with Aardman’s most ambitious idea yet, the movie Chicken Run.

They talked to Disney but, Peter recalled: “They told us more or less that they were the only game in town. There was an arrogance about Disney.”

Thankfully, in 1994 Steven Spielberg set up a new studio, DreamWorks, and the Aardman team were flown to Hollywood by private jet to meet him and executive Jeffrey Katzenberg for dinner.

It was, coincidentally, at a top chicken restaurant. Nick’s pitch was as follows: “We want to do The Great Escape… with chickens.”

“I loved it,” Spielberg, who happened to own a chicken farm, told the nervous men. “That’s perfect.” Chicken Run was of a different scale to anything Aardman had contemplated before with 30 sets and 200 crew. Wallace and Gromit’s A Close Shave, had just 30 crew. 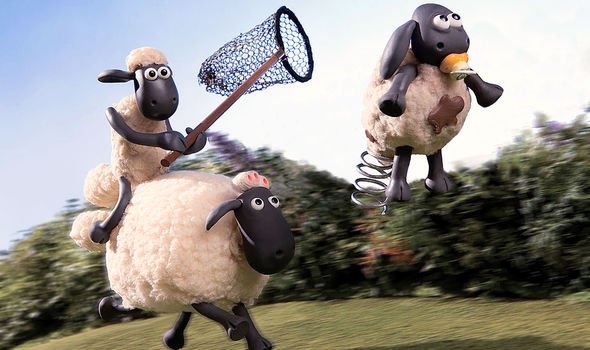 Shaun The Sheep is now a global brand (Image: Dumfries And Galloway Standard)

And the relationship with DreamWorks was always problematic. Nick hated Hollywood’s saccharine stories and the pressure for the next big idea meant productions sometimes shifted too quickly. One film, The Tortoise And The Hare, was shelved.

Peter recalled: “We’d never faced failure on this scale before,” adding the whole experience was “bloody painful”. When DreamWorks and Aardman split in 2006, “a tide of relief swept over me”.

But Shaun The Sheep – despite debuting with just seven minutes in A Close Shave – has dazzled since his 2007 BBC beginnings, with two feature-length movies, merchandise, theme parks in Australia and Sweden and a café chain in Japan. “The whole family loves to watch him,” Sean explains. “As there is no talking in it, it makes us work harder to tell the stories and make them funny with the physical performances.” The same applies to Gromit. “All his expressions lead from his eyes and his brow. ”

But the actual story is always crucial. “If you are laughing and enjoying the sketch version then you know that once it’s animated you are on to a real winner,” Sean says.

For 2020 Aardman is bidding goodbye to the BBC to unveil Robin Robin on Netflix. Sean says: “The BBC would have loved to have taken it. But they weren’t in a position to afford it.”

Meanwhile, Morph and sidekick Chas return to Sky this year with new storylines, while Aardman is into CGI, 3D and 4D.

Peter, who retired last year along with David, promises: “What isn’t changing is the need for good stories, characters and entertainment.

“It’s the universal language of comedy, which needs no translation. It’s ageless. And people love it.”