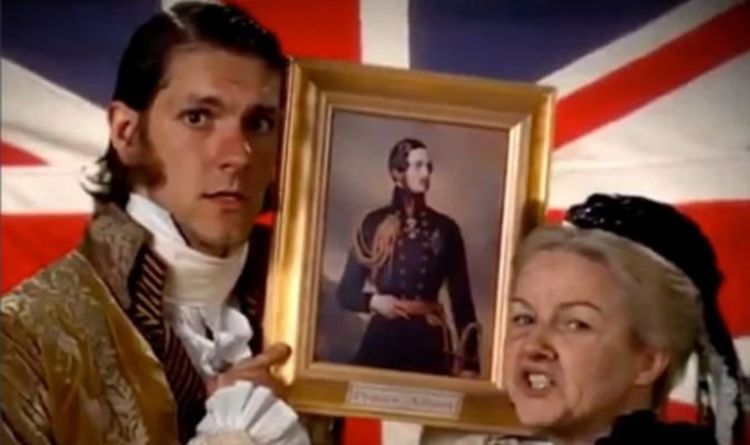 A two minute clip posted on the CBBC Twitter feed, from satirical children’s show Horrible Histories, triggered the controversy. It was presented by comedian Nish Kumar who introduced the video with a reference to Britain’s EU departure.

The video features Queen Victoria being shocked to discover goods she enjoys, such as tea and sugar, are not actually produced in Britain.

Ofcom, the UK’s TV regulatory agency, has received 300 complaints from the public.

So far the clip has been viewed three million times on Twitter alone, largely as a result of the controversy it attracted.

Andrew Neil, one of the BBC’s most senior presenters, attacked the clip on Twitter.

He commented: “This is anti-British drivel of a high order.

“Was any of the licence fee used to produce something purely designed to demean us?”

Critics pointed out it’s unlikely Queen Victoria would have thought either tea or sugar come from the UK.

Sugar was grown in the Caribbean whilst tea originated in China, but was later produced on mass in India.

The butler claims there are “hardly any” British produced goods and sings “your British things are from abroad and most are frankly stolen”.

The video was also criticised by conservative commentator Iain Martin.

In response to the video Mr Martin tweeted: “Is the BBC on a mission to get itself closed down?”

However other social media users came to the BBC’s defence.

Writer Ian Fraser responded to Mr Neil by commenting: “Is there anything factually incorrect about this?

“Also isn’t it healthy that, just occasionally, British schoolchildren are made aware that not everything about Britain’s past is glorious?”

Britain officially left the EU at 11pm on Friday.

Thousands gathered in Parliament Square to celebrate the departure.

Boris Johnson released a video to mark the occasion.